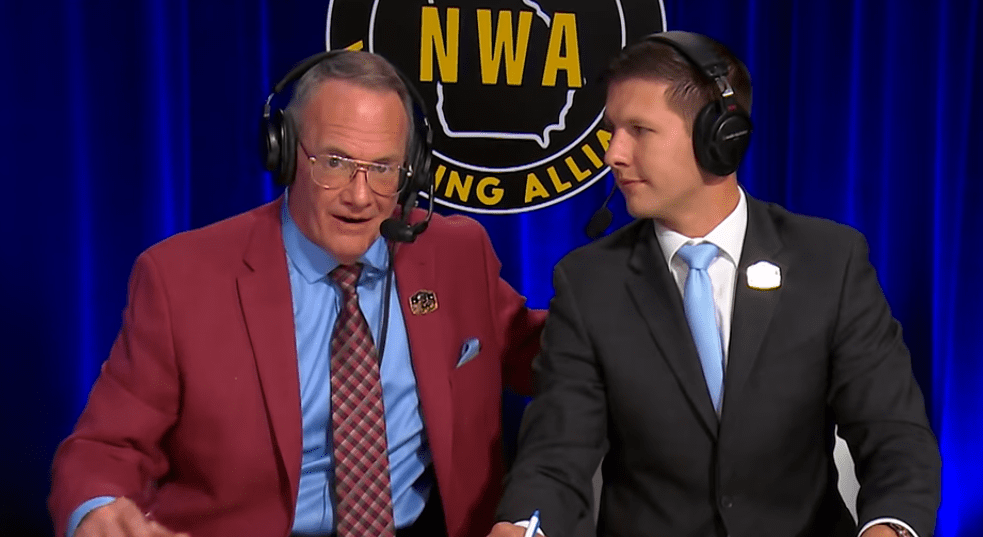 Jim Cornette resigned from his position on NWA Powerrr as their announcer. This came after he made a comment that was quite racially insensitive. There was an apology released, but Cornette revealed that it didn’t come from him at all. Now he is finally speaking his piece on the matter.

During The Jim Cornette Experience, he explained everything in detail. It took him around 35 minutes to finally apologize, but he’s not really sorry because it was a joke. In fact, it’s a joke he’s been telling for over 30 years.

“It’s a starvation joke, not a race joke. Whether it’s a good joke or a bad joke, it was a joke that has been told on TBS, USA Network, broadcast television stations across America over a variety of locations for the past 30 years.”

“I’m not that sorry, cause it was a joke. And if you don’t like the joke, that’s fine, and I’d even apologize for a bad joke. But this goddamn feedback was above and beyond the offense. And I didn’t mean it in any racist way, for f*cks sake. I think the people that took it instantly as racist think that must be the only thing on people’s minds when they think of black people and chicken. Which, that’s a whole nother issue that you’ve got. Cause I’m going for Starvin Marvin.”

“I, in now way, was thinking in that direction. To anyone who was legitimately offended by a bad joke in kinda sort of a way and would accept a reasonable apology, as humans sometimes do … yes, I’m sorry. Because I didn’t intend it that way.”

Jim Cornette is a polarizing individual, to say the least. We’ll have to see what’s next for him, but he doesn’t like to leave the house anyway. Cornette will obviously continue with his podcasting which might be the only place his fans can hear him for a while.