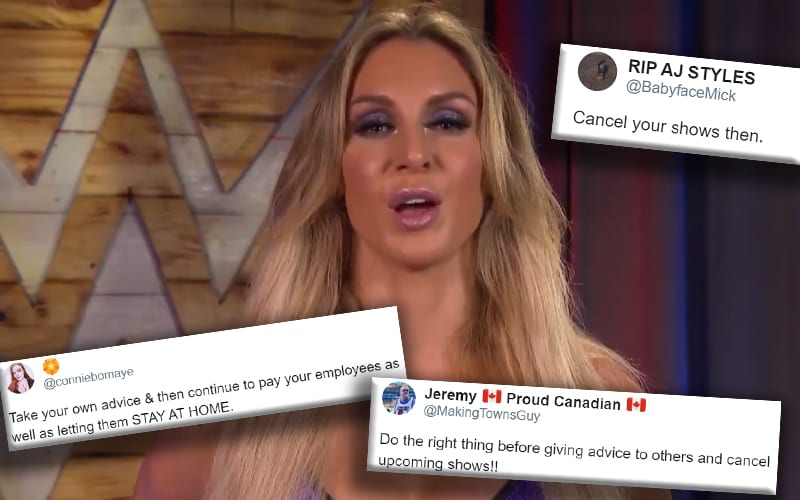 WWE released a public service announcement today. Drew McIntyre, Charlotte Flair, and Kofi Kingston were featured telling fans to stay safe and protect themselves against the novel coronavirus. Some fans had a lot to say about that.

The company’s plans to film a bunch of television shows at once and then air them over time were nixed on Friday afternoon. WWE already recorded an episode of SmackDown when Vince McMahon shut down the tapings before declaring that they’re going live from now on.

Some fans called WWE out after their public service announcement. They declared WWE’s hypocrisy while poking fun at the presentation of the commercial.

There were calls to cancel WWE’s programming. Other fans suggested that Superstars walk out. Some took this chance to practice some satirical tweeting. You can check out some of the more direct responses below.

What did you think about WWE’s new public service announcement? Were you one of the fans who tweeted at WWE? Sound off in the comments below!