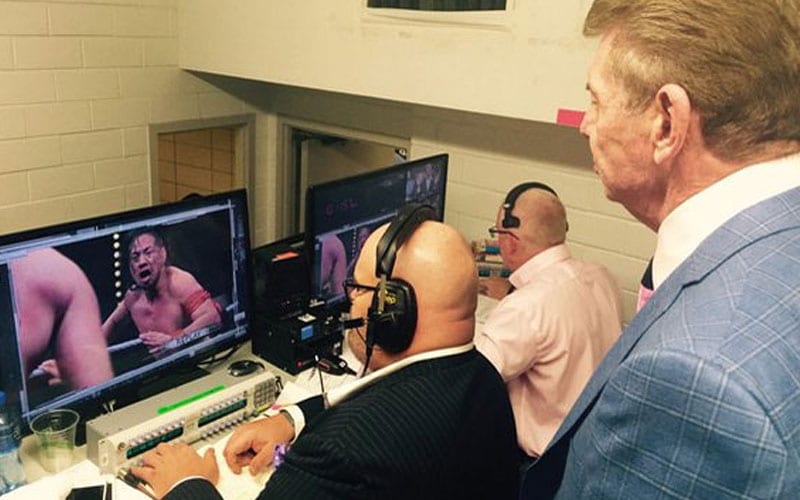 Vince McMahon knows what he wants and sometimes the key to success in WWE is having the ability to roll with the punches. WWE went through some big changes yesterday.

WWE’s previous plan was to film a month’s worth of television tapings into next week. Dave Meltzer explained during Wrestling Observer Radio that Vince McMahon changed his mind about that. Instead, WWE will go as close to live as they possibly can to uphold their television deals.

“From what I understand Vince always had it in his head about going live, but whenever they went there they didn’t know that. In fact, they taped the show in the afternoon and then after the show was taped then Vince changed his mind. He said we’re going SmackDown live tonight — or as close to the contract as it can to be live and then that’s it and people went home and they’re gonna come back on Monday and do RAW live and they’re gonna come back on Wednesday, the ones who have to come back and they’re gonna do NXT and it’s gonna be like that every single week .”

“People will ask is Florida in a shut down? It is and in fact, Orange County is in a shutdown, but it doesn’t matter.”

“I’m sure that some people who flew down for the show today, yes so those people… I bet their families feel great, the ones who aren’t single.”

Now it appears that WWE Superstars will be required to make weekly trips back and forth. This could pose a big problem for those Superstars who were keeping themselves in self-isolation for two weeks before returning to their families.

What do you think about Vince McMahon changing his mind about this? Sound off in the comments below!