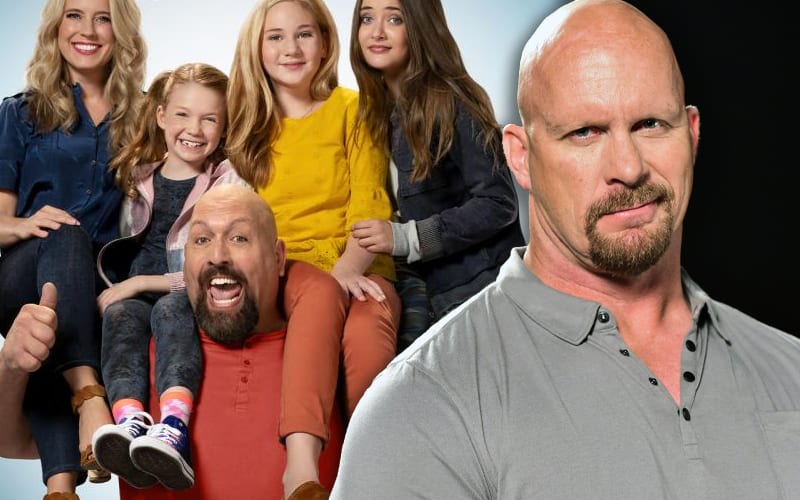 The Big Show’s Netflix comedy The Big Show Show debuted last week, and it has received good reviews so far. The new family sitcom found its way onto Netflix’s top 10 viewed shows on a few occasions. Big Show already has a huge guest lined up for next season.

While speaking with Instinct Culture, Big Show revealed that he has a verbal commitment from Steve Austin to appear on the Big Show Show next season. He has a part in mind for The Rattlesnake as well, but he’s keeping that tight-lipped.

We have an episode where I decide to take my wife on a WWE cruise… I got Mark Henry who is my best friend in real life and Mick Foley and Rikishi came on. And just the way those guys put a hundred and ten percent forward and just had such a fun time, made it fun for everybody….I’ve got a lot of friends that they’re very supportive and very happy for me, that know me, know my sense of humor and understand that this has been a dream of mine for a while. I have a lot of friends that want to come on. So, season two I’ll be calling in a lot of favors to bring some of the guys in. I’ve got a verbal commitment out of Stone Cold, Jason{Berger} and I already have an episode for that but we’re keeping it on the d-low.

Steve Austin is a busy man, but it sounds like he’s willing to make time for The Big Show.

Big Show Show has not been renewed for season two as of this writing. If it does get picked up for a second season now fans have another reason to be excited because a guest appearance from “Stone Cold” Steve Austin should probably be expected.