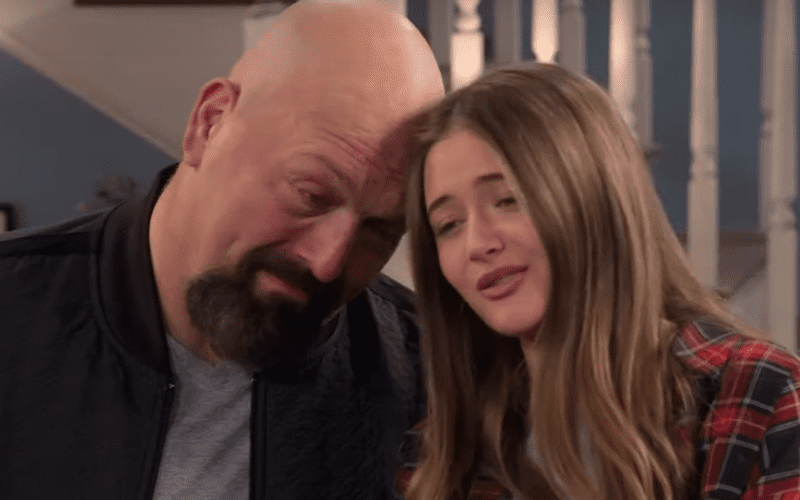 The show will be based on reality to a certain extent. Fans will follow The Big Show as he transitions into the real world. Plenty of hijinks and even former WWE Superstars are expected as well. Mark Henry, Rikishi, and Mick Foley appear in the teaser trailer.

The new trailer shows bits and pieces from the show. WWE branding is featured throughout this project. There is even a scene where Big Show is caught saying “I love you” to his WWE Title which his wife calls him out on.

Big Show’s new adventures on The Big Show Show will debut on Netflix on April 6th. You can check out the trailer below.