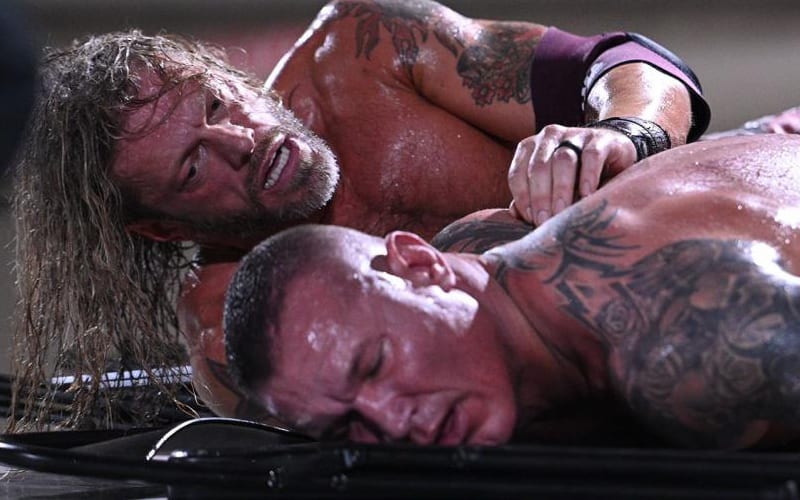 Edge and Randy Orton worked for 36 minutes in a last man standing match at WrestleMania 36.

Some people didn’t appreciate the spot that reminded them of Chris Benoit, but the general complaint is that the match ran too long.

While speaking to After The Bell, Edge revealed that he and Randy Orton had some unique challenges that they faced right before they were set to begin shooting. The ideas they had just didn’t work out in the setting that they had to wrestle in. This caused them to change everything about their match.

“We had a lot of things that we had to adapt around on top of doing it within the empty arena. The time that we filmed, it didn’t coordinate with the ideas we had, so we find that out on the day, hours before. So we had to change everything, and that’s truly what you saw, was a 40-minute audible, and I’m proud of that. I’m proud that we, without uttering two words to each other, were able to do that. I’ll always be able to look back, and again, I thrive on challenges and I love challenges and talk about a massive challenge, so can we do this? Can we pull that off ?

Edge and Randy Orton seemed to settle things at WrestleMania 36. Knowing that they had to do without verbally communicating is rather impressive, especially after Edge revealed that they were totally improvising.

What spots do you think Edge and Randy Orton had to cut out of the match? Sound off in the comments below!