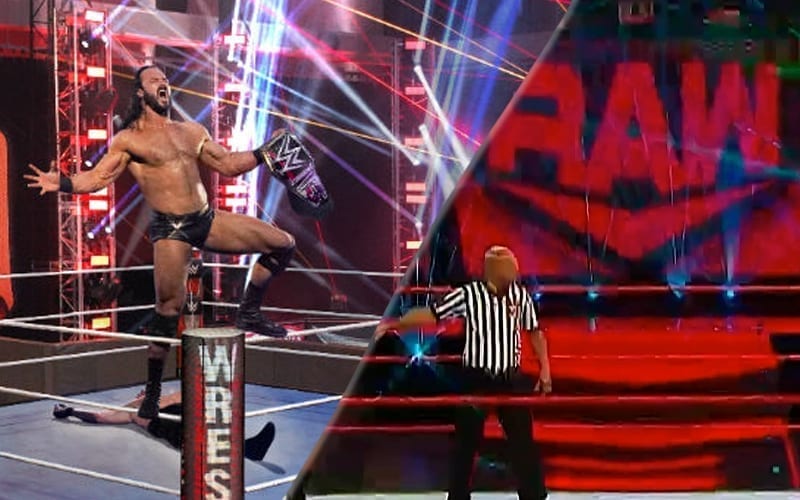 WWE brought the RAW after WrestleMania to fans this week. It was pretty clear when the announcers were in the shot that they weren’t doing their job, but their voices could still be heard. There’s a reason for that.

The company filmed all of their RAW episodes at once before filming WrestleMania 36. They used the same Performance Center building as well. The fact that RAW took place before WrestleMania, but it would air after the show of shows caused the commentary to take place in post production.

Bryan Alvarez revealed on Wrestling Observer Live why WWE needed to film RAW out of order. It all came down to necessary set changes in the WWE Performance Center and a lack of time.

“It appears the reason that happened was the WrestleMania set was very, very different from the RAW set. I think they were in a big rush to get this taping done before they got shut down so they figured that they didn’t have time to tape the WrestleMania, tear the set down, put the set back up, tear it down and build it all back in time. Just use everything on the same set and then move on to the next show.”

WWE was crunched for time during the tapings. Odds are we could see more clever post-production tricks used later on as WWE is forced to undergo another run of closed-set Performance Center shows.