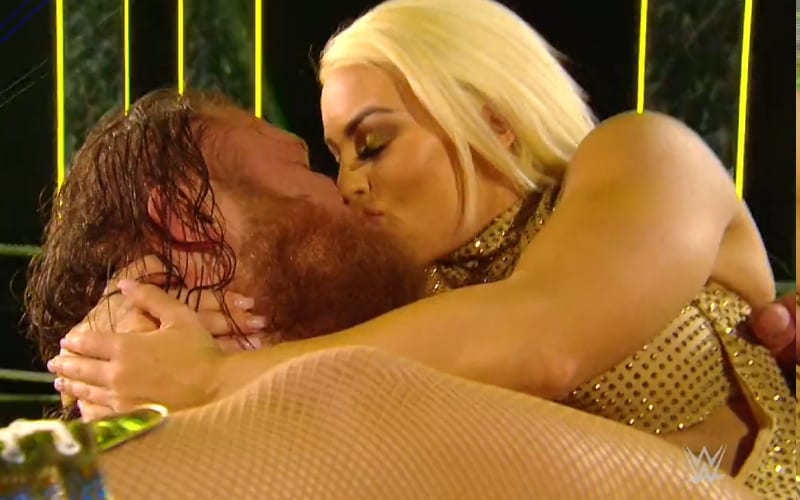 Otis defeated Dolph Ziggler at WrestleMania 36. He also got the girl in the process as Mandy Rose jumped in his arms for a big kiss. The day after the show of shows aired, Otis is still over the moon.

Dolph Ziggler and Sonya Deville hatched a plan to move Otis out of the picture. Deville’s internal motives haven’t been revealed, but this situation was corrected as a hooded figure appeared to make sure that truth is heard.

Following his WrestleMania victory and the kiss with Mandy Rose that followed, Otis tweeted out that he’s a new kind of machinery.

We’ll have to see how long Otis and Mandy Rose remain a pair on WWE television. Things seems to be going pretty well with Otis right now as he is just getting adjusted to this new phase of his WWE career.