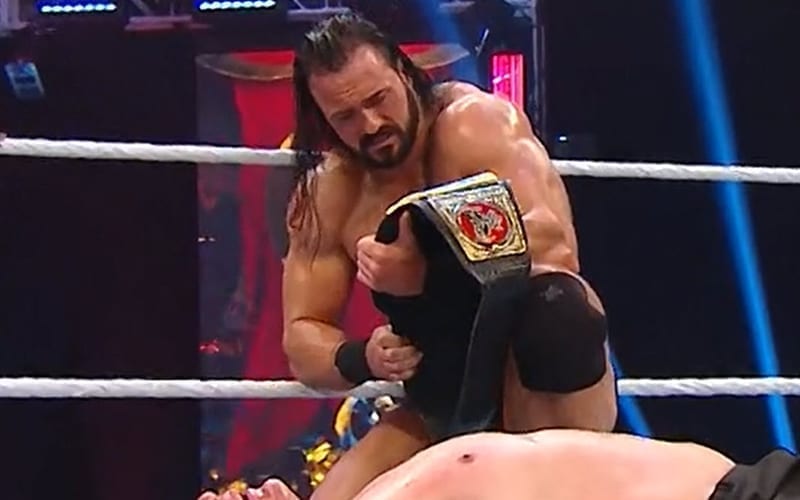 Last night in the main event of WrestleMania 36, Drew McIntyre beat Brock Lesnar to win the WWE Championship – becoming the first British wrestler to do so.

It’s the kind of moment everyone had been waiting for with the Scottish Psychopath, and after all those years of not quite being able to grab the brass ring, he finally did it on the grandest stage of them all.

After the match, McIntyre was clearly overwhelmed with emotion after lifting the most prestigious title in professional wrestling up high.

The question now is whether or not he’ll get the chance to actually defend it over the next few months, with questions being raised as to whether or not WWE will still be able put on shows due to the ongoing coronavirus pandemic.

Either way, by the time SummerSlam rolls around, you can bet McIntyre is going to be featured in a big time match as WWE attempts to solidify him as a bonafide main eventer.

Will he meet Brock Lesnar again? It seems likely.