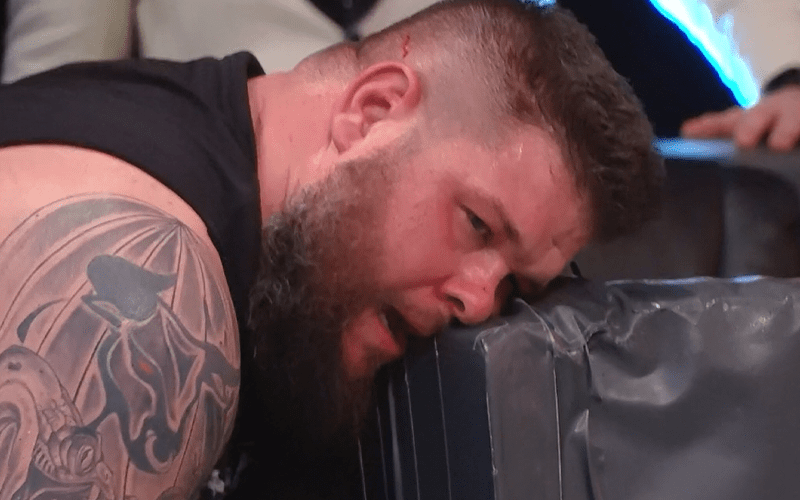 Kevin Owens had to change his plans for WrestleMania 36, but so did the entire company. The matches might have mostly stayed the same (to a certain extent), but the location definitely had to change.

Owens defeated Seth Rollins inside the WWE Performance Center in a brutal match that ended up being a No DQ match after it was re-started. The match included a sick dive off the WrestleMania sign onto Seth Rollins through the announce table.

KO revealed that he actually planned on diving off the big pirate ship at Raymond James Stadium in Tampa. Since they moved things to the WWE Performance Center he had to find the next best thing.

I went to a show there in January. As soon as I saw it, I told myself no matter what I was doing at Mania, I’d find a way to jump off that thing. I even took pics of it to figure out the best way to go about it.

It didn’t work out but I found the next best thing!

We can only imagine how different life would be right now if WrestleMania 36 was permitted to carry on. If they would have been prepared for the coronavirus and stopped it on January 20th when it was first discovered in America then things wouldn’t have been this bad. At least KO was able to make it work for his WrestleMania match against Seth Rollins.