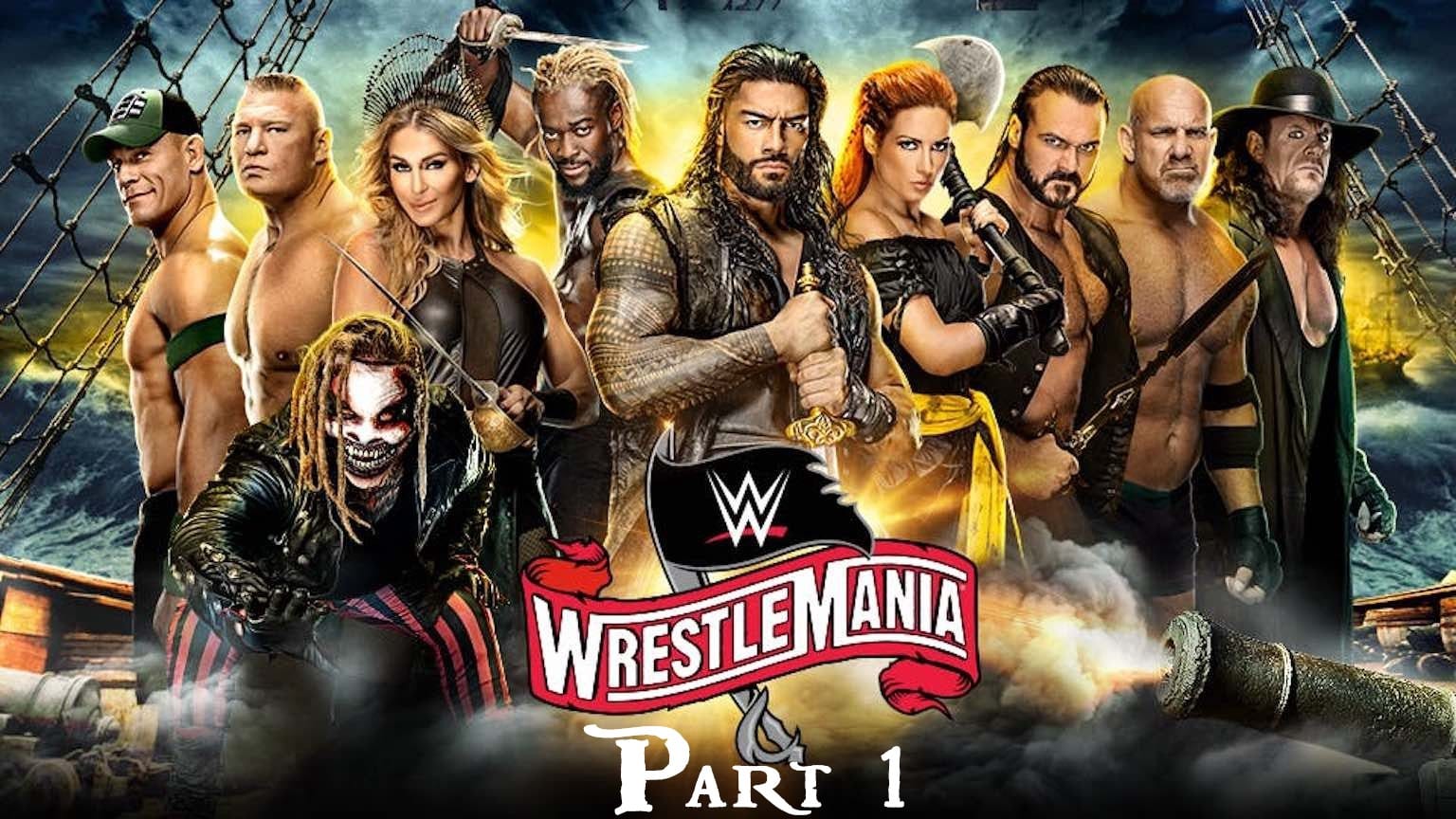 This year’s WrestleMania is without doubt the most unique we’ll ever see in our lifetimes. A two-night event that takes place in the WWE Performance Centre and features a stunted card because of travel issues, injuries, and wellness concerns. WrestleMania 36 is one for the ages.

With that said, the overall card for this year’s WrestleMania is a pretty good one. Unfortunately it’s still unclear which matches will be taking place on which nights, however the scuttlebutt suggests we’re getting Daniel Bryan Vs. Sami Zayn for the Intercontinental Championship, Becky Lynch Vs. Shayna Baszler for the RAW Women’s Championship, and Kevin Owens Vs. Seth Rollins tonight.

Of course, there will be more matches, including one of the WWE Championship matches, one of the Tag Title matches, and likely either AJ Styles Vs. The Undertaker or John Cena Vs. The Fiend, because those are “gimmick” matches and are too similar to put on the same night. So it’s all guesswork but the WrestleMania 36 Kick-Off Show begins at 6 PM EST, with the main card at 7 PM. And of course, we’ll have Rob Gronkowski as the host on both nights.

So get ready for Part 1 of WrestleMania 36. Follow along here or on the free Ringside News app, and join us on Instagram and Twitter. Enjoy the show!

The WrestleMania 36 Kick-Off Show begins with Corey Graves and Peter Rosenberg standing by a table.

We’ve waited ALL year for this, and now it’s finally time!

The ONLY #WrestleMania Too Big for Just One Night starts RIGHT NOW on @WWENetwork! pic.twitter.com/44BGjayAjC

The Boneyard Match between AJ Styles and The Undertaker will take place tonight, along with Goldberg Vs. Braun Strowman for the Universal Championship, Becky Lynch Vs. Shayna Baszler for the RAW Women’s Championship, Sami Zayn Vs. Daniel Bryan for the Intercontinental Championship, Elias Vs. King Corbin, The Kabuki Warriors Vs. Alexa Bliss & Nikki Cross for the Women’s Tag Team Titles, Seth Rollins Vs. Kevin Owens, and a Triple Threat Ladder Match for the SmackDown Tag Team Titles.

The duo talk about Goldberg Vs. Braun Strowman, and Peter Rosenberg says that Strowman has a spotty WrestleMania record. He mentions that last year Braun was in the Andre The Giant Battle Royale, and this year he has a chance to win the WWE Universal Championship. Graves says that Goldberg is a Hall of Famer who stopped the NWO at the height of their power, beat Brock Lesnar, and figured out The Fiend, so he can’t be discounted.

We see a music video from The Miz and John Morrison. Tonight’s tag match has been rejigged after The Miz fell ill. So tonight John Morrison will face Kofi Kingston and Jimmy Uso in a Triple Threat Ladder Match for the SmackDown Tag Team Titles.

This exciting match-up begins and Cesaro aims for a lock-up but Gulak grabs the arm and tries to take Cesaro down. The Swiss Superman powers up and forces him to the corner but Gulak kicks him back. Cesaro hits a backbreaker, then looks to hit The Neutralizer but Gulak escapes and takes hold of the arm again.

Cesaro stands up with Gulak wrapped around his arm and powerbombs him. Cesaro looks for The Neutralizer again but again Gulak grabs the arm and gets Cesaro in a Crossface. Cesaro fights out but Gulak clotheslines him over the ropes to the floor. Gulak goes to the apron and dives onto Cesaro with a lariat. Cesaro sends Gulak into the steps then back into the ring.

As Cesaro got on the apron Gulak grabbed his arm and bent it on the ropes. Gulak then clotheslines Cesaro right back out of the ring. Gulak leaps off the apron and hits a moonsault arm-drag to Cesaro on the floor. Drew sends Cesaro into the steel steps by the bad arm, then back into the ring.

Gulak looks for a top rope clothesline but Cesaro catches him with a European uppercut. Cesaro looks for a pin but Gulak conters into a pin of his own. Cesaro looks for a sunset flip but Gulak rolls him up for a near-fall. Gulak dives into a Dragon Sleeper but Cesaro flips him over and slams him. Cesaro attempts The Neutralizer but can’t lift him, so shoves him into the referee. Cesaro uses the distracion to hit a European uppercut, then gets Gulak up for an airplane spin and slam. And that’s that.

Graves and Rosenberg run down the card for tomorrow night’s WrestleMania, which includes Aleister Black Vs. Bobby Lashley, Otis Vs. Dolph Ziggler, Fatal 5-Way for the Women’s Championship, Edge Vs. Randy Orton, Brock Lesnar Vs. Drew McIntyre, and more.

Kayla Braxton interviews King Corbin backstage and says his match with Elias is in jeopardy after the heinous attack on Elias by the King two weeks ago. She asks if Corbin has any regrets and he says of course not. He says he’ll take his victory by forfeit but he wrote a song to celebrate. Corbin uses a harmonica and sings a terrible song.

Just when you think King @BaronCorbinWWE can do it all, he pulls out the harmonica. 🎶🎶 #WrestleMania pic.twitter.com/t5dVTyIepf

We get a video package for Becky Lynch Vs. Shayna Baszler. We see Renee Young, Booker T, and Mark Henry on three separate screens from their homes. Young asks if the no glitz and glamour of this year’s WrestleMania will help Shayna Baszler and Booker says yes. He says an empty arena is beneficial because Lynch is used to the stars and Baszler isn’t. Henry agrees and says Becky will have to come with a different gameplan, otherwise we’re gonna have a new RAW Women’s Championship. Young asks if this could be the end of Becky’s tenure and Booker says he thinks Becky just needs to do what she does. Booker thinks Becky will retain, while Henry reckons Baszler is ready.

And that’s it for the WrestleMania 36 Kick-Off Show. We’re going straight to the main card!