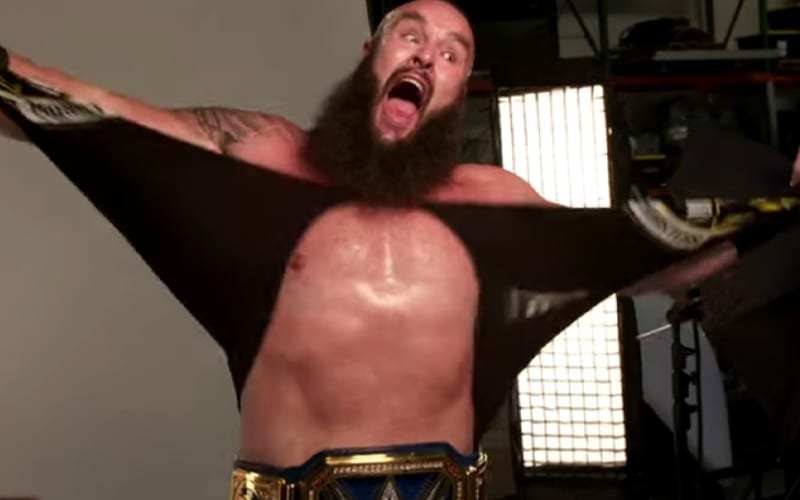 Braun Strowman was thrust into a Universal Title match that he wasn’t expecting at WrestleMania 36. He defeated Goldberg and picked up the title. This was a big moment for Braun Strowman, even if there were no live fans.

Click here for our complete WWE WrestleMania 36 coverage from this week.

Following his big Universal Title win, Braun Strowman had a chance to pose with his new title. He had a great time in the photo shoot and even tore his shirt off in the process.

This was a big night for Braun Strowman even if it was 100% unexpected. He never thought that Roman Reigns would decide against wrestling Goldberg at the WWE Performance Center. Then Braun Strowman was able to step up and capture the big title.