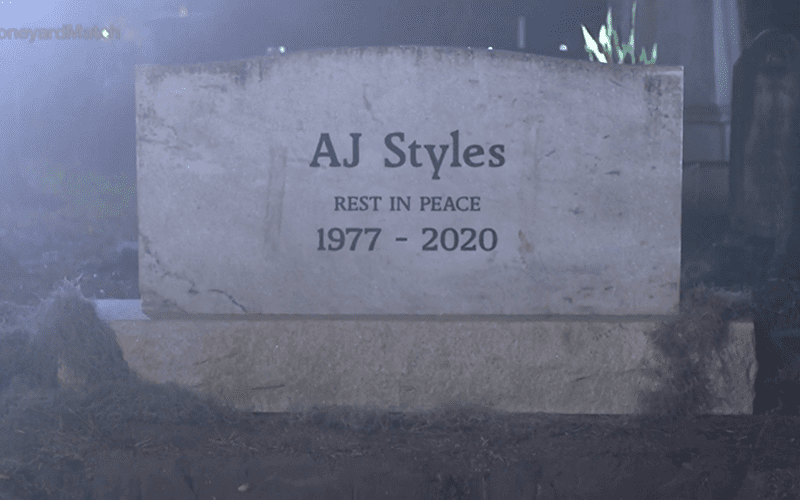 AJ Styles lost the main event of WrestleMania 36’s first night. The Boneyard Match was an epic encounter and plenty of praise has been offered from the pro wrestling community. Too bad AJ Styles didn’t make it out alive.

Some very clever and thorough fan logged onto Allen Neal Jones’ Wikipedia page and noted that he died on March 25th, 2020. That is the date that the Boneyard Match was actually filmed.

AJ Styles’ cause of death was noted as: “Buried by The Undertaker in pre-taped Boneyard Match”.

Of course, AJ Styles isn’t dead. It still shows that even in these trying times pro wrestling fans will always find a way to amuse us by going above and beyond.