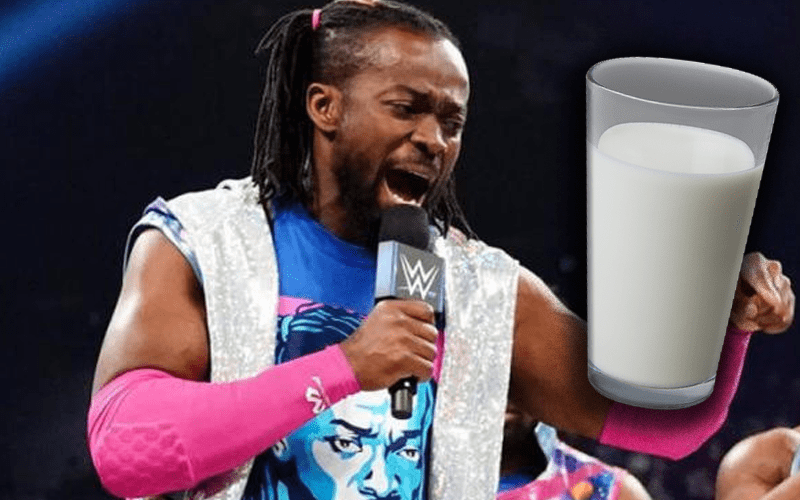 Kofi Kingston went on a bit of a rant about drinking cow milk during The New Day: Feel The Power. This transitioned to him speaking on something he was quite serious about.

The former WWE Champion wondered why if it’s no big deal for a grown man to drink cow’s milk then what’s so different if the milk came from a human. Kofi Kingston was rather animated and shouted a few of his points with conviction.

Big E then summed up everything that Kofi Kingston was saying. “I just wanna make it clear that from this day forward you feel like adult men should be able to breast feed in public with no consequences in public from their wives,” Big E clarified.

Kofi Kingston agreed with the assessment of what he just said. Then he went on to clarify why it shouldn’t be a big deal for an adult to drink milk from a human.

“If it’s in agreement, then why not? I’m just saying, why is it weird? Why is the breast feeding weirder than getting milk from a cow? I don’t have a problem with it. It’s her breast. It’s her milk. If I have some candy in my pocket and I ask ‘You want some candy?’ That’s okay. If I have some breast milk — ‘You want some breast milk?’ Oh and there’s a problem all of a sudden?! She’s offering me her breast milk, what’s the problem?! Got em!”

This is certainly a topic that we didn’t think would be covered today on Ringside News, at least not from the New Day.

This might be an interesting discussion topic, but it’s rather tame compared to what Big E revealed he wants people to do with his body after he dies.

Kofi Kingston seemed pretty convinced that his opinion was valid while making his point. It didn’t sound like he totally won Xavier Woods or Big E over with his logic.