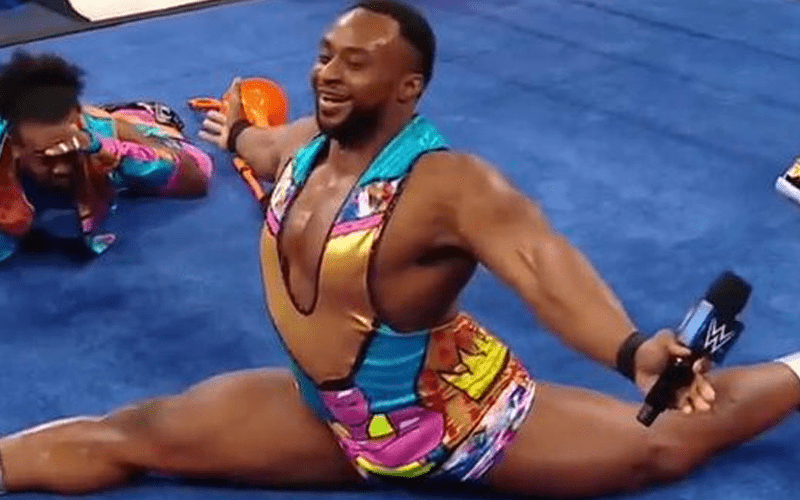 Big E has a lot of big plans and he’s already accomplished a ton in his career as a WWE Superstar. After he passes away, he would rather people just forget he ever existed.

During The New Day: Feel The Power, Big E revealed his personal request explaining what he wants to happen with his body after he passes away. Obviously, he wants people to make sure that he’s dead first. Then they can just leave him in a ditch and return to life as normal.

It should be noted that Big E sounded serious about this request. Everyone was cutting up and laughing hysterically the entire time including Big E as he explained these unique wishes.

“Don’t waste your time putting together a plan, finding a coffin, embalming my body. Don’t do any of that. As soon as the ghost leaves, as soon as I have exited this mortal coil I want you or whoever is around — now check on your boy now, I might be in a coma — I might have just coma’ed — bring a medical professional, it could be a trainer or a doctor. So, I want this medical professional to say, ‘yes indeed this man has given up the ghost — yes he is dead.'”

“I want two able bodied humans, it could be a man or a woman to each grab a leg or an arm and find the nearest ditch and just dispose of my body. Then comically — you know how you can wipe your hands like you’re done with something? I want them to comically do that as soon as the deed is done.”

“Don’t speak of me. Don’t show videos of me. Delete my Twitter. I’m done. I never existed. That’s the most important thing, my Twitter.”

Big E might want someone to just throw him in a ditch. That could be against the law depending on where he dies. If he really wants this to happen, Big E will probably have to get a very good attorney to make sure it’s worded very carefully in his last will and testament.

He then went on to explain that it doesn’t even have to be a nice ditch, but he’s not even “married to the ditch concept.”

“I’m gone. Your boy is gone. Make it real quick, too. It don’t even have to be a nice ditch, just find any — I’m not even sold or married to the ditch concept, just find a place a place where I’ll be out of the way. I don’t wanna impede traffic, you know what I mean? I don’t wanna be in the way, just move me to the side. Even if it’s a corner of the room, whatever it is. Maybe it’s just a trash can just take it to the curb. Just move on.”

Vince McMahon said that the New Day are guaranteed WWE Hall Of Famers one day. Xavier Woods plans on holding Vince McMahon to that comment. Big E said “just blur your boy” in any footage WWE shows after his death.

WWE fans will likely never forget about Big E whether he wants them to or not.