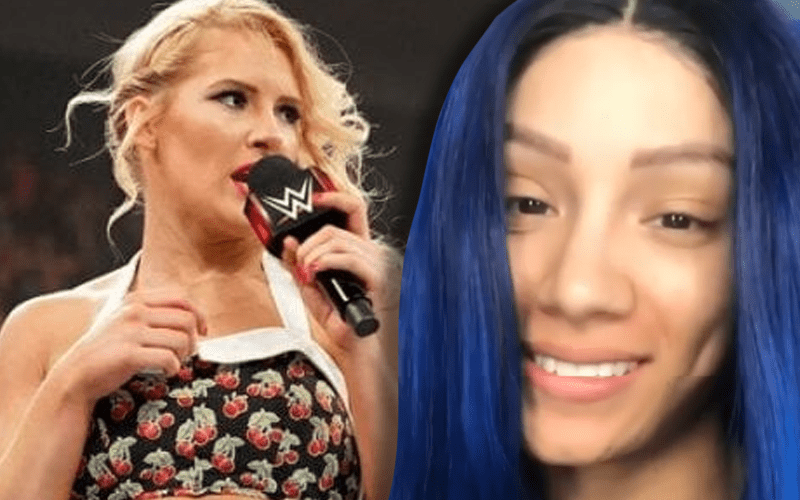 Sasha Banks wasn’t expecting to be inserted into the SmackDown Women’s Title match at WrestleMania. Now she is in the five-way match for her best friend Bayley’s title. While The Boss is in isolation, she’s spending some time giving makeup tips.

Banks stated that this makeup tutorial was especially for Lacey Evans. She said that Evans is always looking to put her face in The Boss’ business. It seemed only fitting that this video had something to do with the current WWE storyline.

Banks showed fans the process of putting on her makeup. The first step is washing your hands which should be an incredibly important first step for anyone before doing anything nowadays.

Sasha Banks took little digs at Lacey Evans throughout the tutorial. Her eyebrows were a little uneven, but Banks replied “that’s okay because so is she” while referring to the Lady Of WWE.

You can check out the entire video below from Sasha Banks’ Instagram. It is informative and just under three minutes in length.