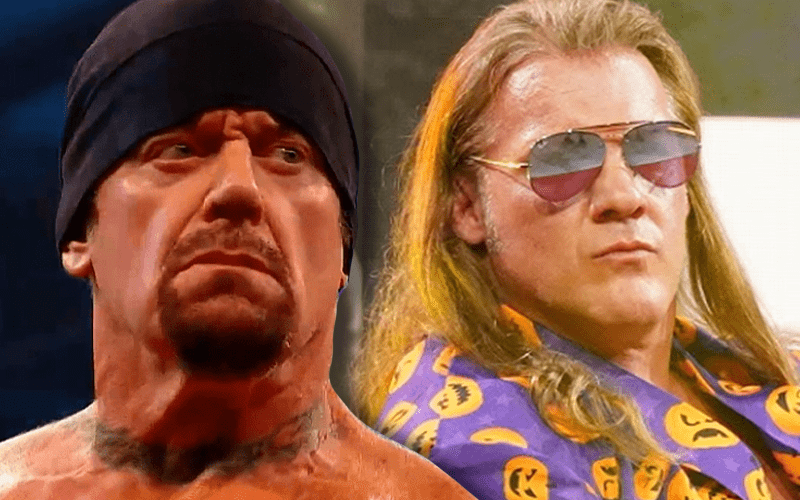 The Undertaker has earned the right to say just about anything he wants. Chris Jericho certainly didn’t seem to mind the Dead Man dropping one of his patented terms.

Chris Jericho saw one fan who tweeted out to him about The Undertaker saying “assclown” on Raw. Y2J replied that there won’t be any lawsuit coming The Undertaker’s way. He also granted Taker the permission to use any catchphrase he wishes.

Hardly! He’s the @undertaker…he can used as many of my catch phrases as he wants!!!

The Undertaker obviously saw the humor in this. He replied back saying: “My bad @IAmJericho ….I knew I had heard that somewhere before….”

We’ll have to start paying close attention to The Undertaker or Chris Jericho’s promos from now on to see if they continue trading terms.