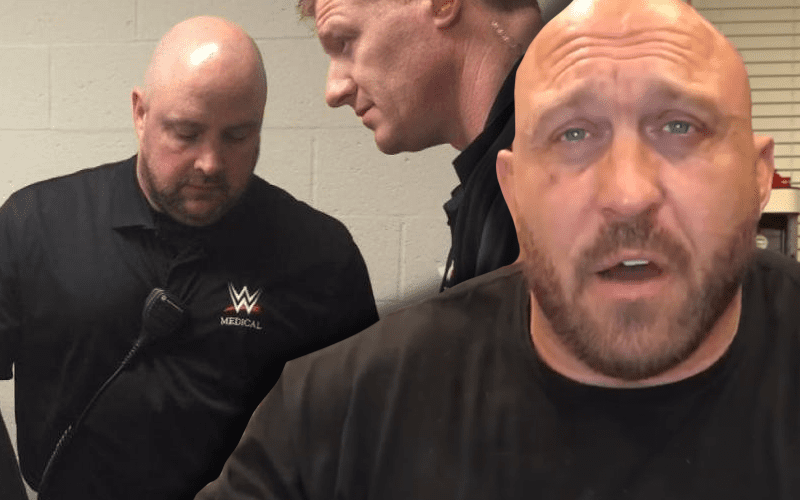 Ryback recently said he plans on making a return to professional wrestling. He also stated that it will be for a major company. WWE and AEW were the only two options he presented. This won’t keep him from speaking out about WWE’s practices.

During Conversation With The Big Guy, Ryback unloaded on WWE’s medical staff. He poked holes in the company’s procedure for screening talent before entering the WWE Performance Center in the process.

Ryback stated that WWE’s doctors are there to benefit the company and make sure that Superstars can perform. This makes pulling any Superstar a very tricky situation as someone can have the coronavirus and present zero symptoms.

“They put out they were screening talent at the Performance Center with their WWE doctors, which already are as corrupt as corrupt can be and that’s just straight up. Their one job is to make sure the talent just keep performing, no matter what, by any means necessary. So these WWE doctors are screening the talent, not giving them a Coronavirus test.”

“We already know that you could have Coronavirus and have no symptoms. Be asymptomatic and be spreading the disease, the virus. So right there shows you their shady policies of what they are doing. By allowing talent to come in who could have it for two weeks and not even know before they start showing signs, which they all started getting it a couple weeks ago, because that’s what is happening now. Performers are coming down with it, from all being forced to f*cking travel and all this stupid sh*t. They never should have been put in that position.”

“And now it’s popping up, and I guarantee you, other talent are getting sick. [WWE] probably didn’t give anybody a coronavirus test, and this is me speaking, just knowing how they are, until WrestleMania. They got all the footage they needed to get, but then the talent loses. There’s no doubt that played a part in all of it.”

The novel coronavirus is a situation unlike anything the world has ever faced before. It might be a long time before things return to any shred of normalcy. Hopefully, it will be sooner than later. Even when things do return to normal there are a lot of things that might need to be re-evaluated, especially concerning WWE’s medical staff.