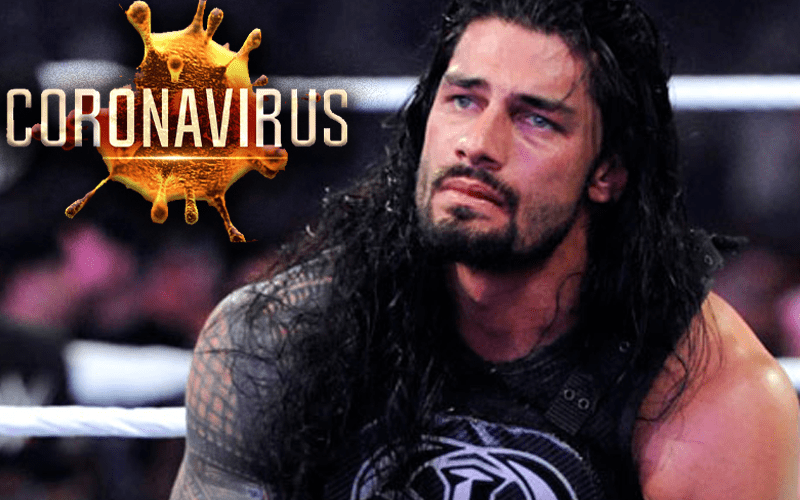 Roman Reigns decided not to run the risk and wrestle at WrestleMania. WWE is still promoting the match, but it needed to be changed.

A messy backstage situation at WrestleMania led to Reigns deciding not to wrestle. Now others are concerned that a sickness could spread in the WWE locker room.

During Wrestling Observer Radio, Dave Meltzer discussed Roman Reigns’ unique situation. Since his immune system is compromised by the leukemia he battled for years it is very unsafe for him to expose himself right now. It might not be a good idea for The Big Dog to return even when it’s fine for so many others.

Daniel Bryan is another concern which Brie Bella has spoken about. The risks for Roman Reigns seem to be much more apparent.

“Another thing that was brought up to me yesterday by someone is you know, you realize that you know perhaps for both those guys [Daniel Bryan and Roman Reigns], but certainly for Roman Reigns that he probably — and I’m sure this isn’t going to happen — but, realistically he probably shouldn’t be doing this for a long time. This is not about WrestleMania this is about long after WrestleMania. Until this thing is way under control and I’m not talking about it being in control enough where we’re out going to restaurants again, but way under control or there’s a vaccine, and hopefully that’s soon.”

A vaccine is a very long way off. It takes a decade to develop a vaccine sometimes. The world’s medical community is working on figuring out how to beat COVID-19, but it won’t happen right away.

A lot of things might need to change. WWE is considering some very interesting viewing alternatives to having live fans in the building.