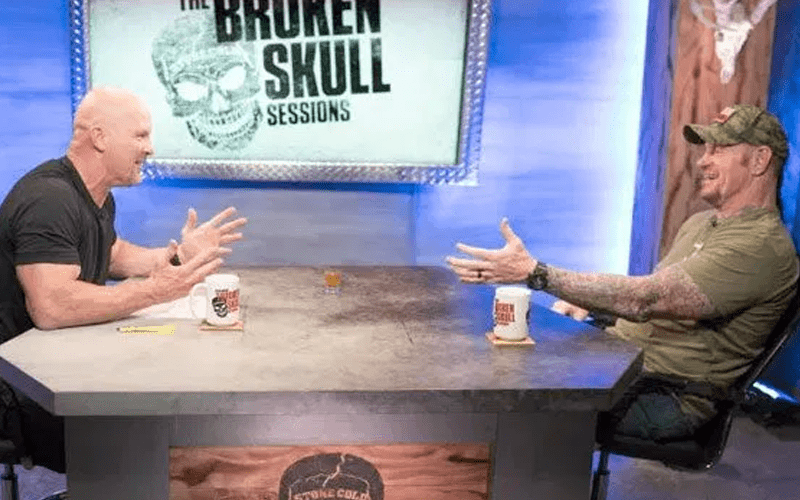 The Rattlesnake is a great host, but it’s hard for him to watch his language. Now the censors can take a break because the Broken Skull Sessions are about to be re-uploaded without bleeping out the profanity.

WWE announced that they are releasing every episode of the Broken Skull Sessions in uncut form. It’s unknown if these episodes will be longer or feature any previously deleted content. The commercial did promote that there will be plenty of foul language left in.

Steve Austin records a lot more footage with his interview subjects than they ever used on television. Some fans are clamoring to see what hit the cutting room floor in some of those interviews.

Interviews The Undertaker, Goldberg, Kane, Big Show, and Bret Hart are coming in an uncensored format to the WWE Network. This is a very smart way to give fans more content for their $9.99.