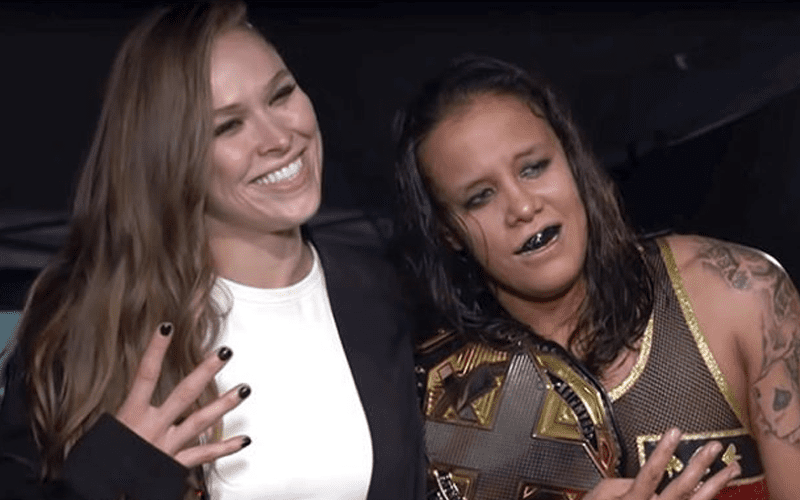 Shayna Baszler is set to take on Becky Lynch during WrestleMania 36. The former NXT Women’s Champion came from the MMA world and is a member of the 4 Horsewomen along with Ronda Rousey, Jessamyn Duke, and Marina Shafir.

The 4 Horsewomen lived together and trained for years while honing their MMA skills. This is where they got close and started watching pro wrestling together.

While speaking to SuperSport, Shayna Baszler discussed how her career in MMA got started. She was set up to focus on only training which was a huge benefit for her. The Queen Of Spades also spoke about how Ronda Rousey’s mother might like to take credit for how well her career has gone.

“If it was up to Ronda’s mother, she would take full credit for the way my life and career [have] gone. There was a time where I was living with Ronda in a house in Venice and I happened to have wrestling on the TV, and I was watching wrestling… and Ronda’s mom came to the living room and she goes ‘you are not watching this, you are studying this’… and she said ‘keep that in mind’ and then walked away.”

WrestleMania 36 has already been filmed, but we don’t know if Baszler was able to topple The Man. Regardless of what happens with Shayna Baszler at WrestleMania 36 she has a great career ahead of her no matter who takes credit for it.