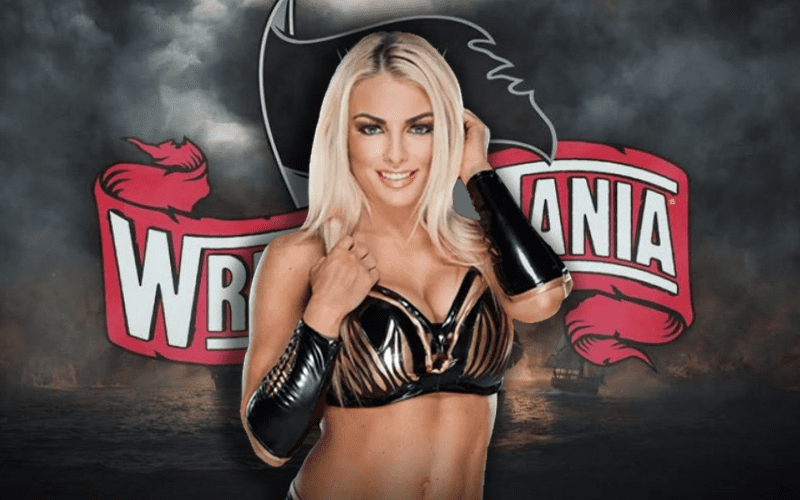 Otis and Dolph Ziggler are still feuding over Mandy Rose’s affection. Those two are also slated to battle at WrestleMania 36 over The Golden Goddess.

Mandy Rose recently had amazing things to say about working with Otis.

Their match hasn’t been confirmed for WrestleMania yet. It will still happen according to the Wrestling Observer Newsletter. In fact, Mandy Rose was slated at one point to wear the black and white stripes for the contest.

Otis vs. Dolph Ziggler is likely to be finalized this week with some sort of stipulation involving Mandy Rose. At one point Rose was to be the referee, which explains Rose not being in the women’s title match.

We also heard that there were plans for Sonya Deville and Mandy Rose to split up over this situation. That match would have been a six-person mixed-tag with Dolph Ziggler, Robert Roode, and Sonya Deville vs Heavy Machinery & Mandy Rose.

It will be interesting to see which direction WWE goes with this angle, especially since they already recorded the next two weeks’ worth of SmackDown including WrestleMania 36 by now.