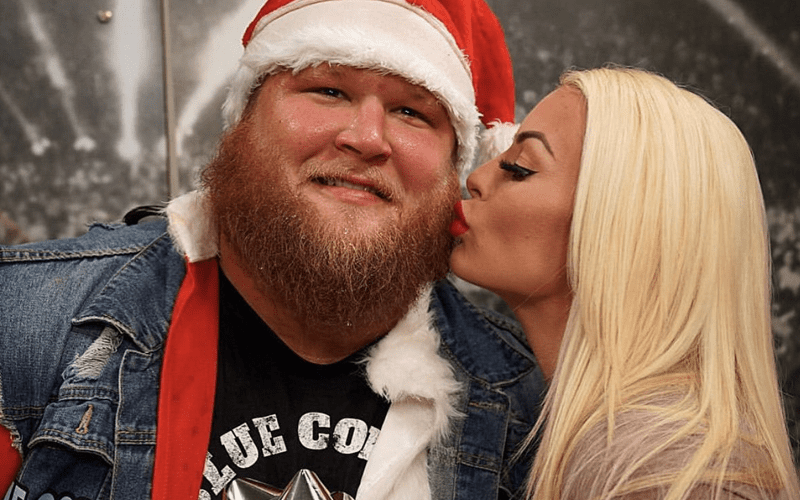 Mandy Rose gets a lot of attention where ever she goes. The former Tough Enough contestant even has WWE Superstars fighting for her affection as Dolph Ziggler and Otis are in a heated rivalry over her company.

The Fire & Desire member recently spoke to Digital Spy where her time with Otis came up. She stated that he’s “exactly” as presented on television. Otis came up with inventive nicknames for her and eventually calling her a “peach” found its way onto SmackDown.

“He’s exactly who he is on TV. He’s always been like that ever since his NXT days. He’d walk around the Performance Center and he’d call me ‘peach’ and ‘Mandy candy’. The whole ‘Mandy candy’ and ‘peach’ thing started in NXT a couple of years ago, it was always really funny, he’d even cut promos on me. It’s like a Beauty and the Beast storyline and it’s awesome. But I don’t think I thought they’d be this much into it and this much behind it and care about it that much. It’s really cool.”

Mandy Rose did not win the 2020 Royal Rumble, but she was saved by Otis during the match. The Golden Goddess went on to speak about her WrestleMania spot with the Heavy Machinery member.

“It was kind of nerve-racking but we’re so used to so many spots being like that and you’ve got to really just be on your A-game and really focus when your adrenaline’s pumping and you’re in the moment. It was definitely nerve-racking. But we got it done.”

At this time Otis and Dolph Ziggler are still slated to have some kind of WrestleMania match. Their contest hasn’t been confirmed at this time. The company is currently filming WrestleMania as of this writing. They also have two more weeks of SmackDown before the show of shows.