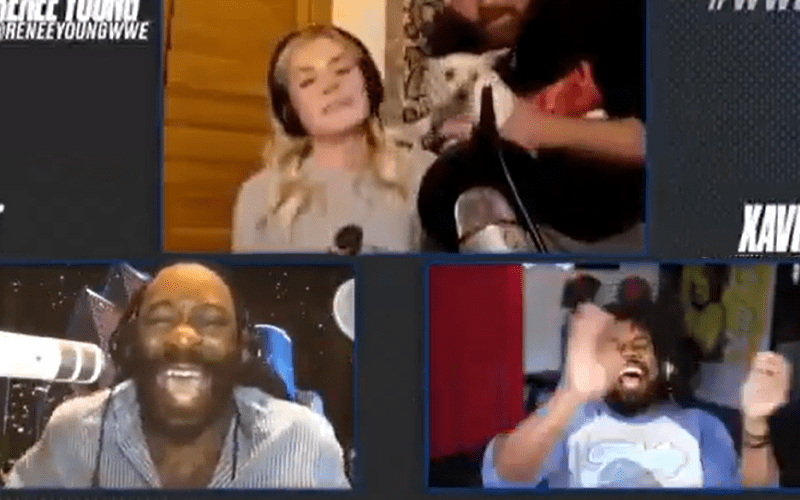 While recorded a special online edition of WWE Backstage, Moxley dropped by for a quick cameo. They were trying to do the show over Skype, but Jon Moxley couldn’t help himself.

Renee Young, Booker T, and Xavier Woods had webcams set up to simulate a discussion from the weekly FS1 talk show that is currently on a production hiatus.

Booker T was talking away when Mox jumped in Renee Young’s frame and startled her. He was holding one of their dogs at the time as well.

This moment brought a lot of laughter from Booker T and Xavier Woods. Renee Young was a bit shocked as she said “we’re recording from home, babe.” Perhaps Jon Moxley didn’t know his wife was on the clock.