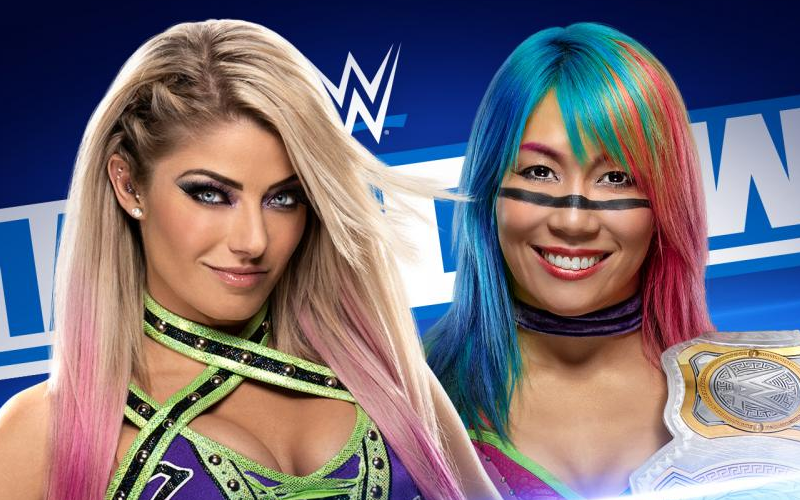 WWE is bringing another episode of Friday Night SmackDown from the Performance Center. This will likely be the company’s television home for a while.

The company has a few things promoted for tonight’s show. This is the second to last episode for the blue brand before WrestleMania 36.

Bray Wyatt will have another Firefly Fun House segment as he continues his war with John Cena.

Alexa Bliss and Asuka will go one-on-one this week. Bliss really wants the WWE Women’s Tag Team Titles. Perhaps this match will get Bliss Cross Applesauce even closer to those titles once again.

The New Day will face The Usos this week. The winner of that match will get a shot at The Miz & John Morrison’s SmackDown Tag Team Titles.

Drew Gulak will also wrestle Shinsuke Nakamura this week. If Gulak can win then he will secure an Intercontinental Title match against Braun Strowman.

You can check out the official bullet point preview from WWE below.