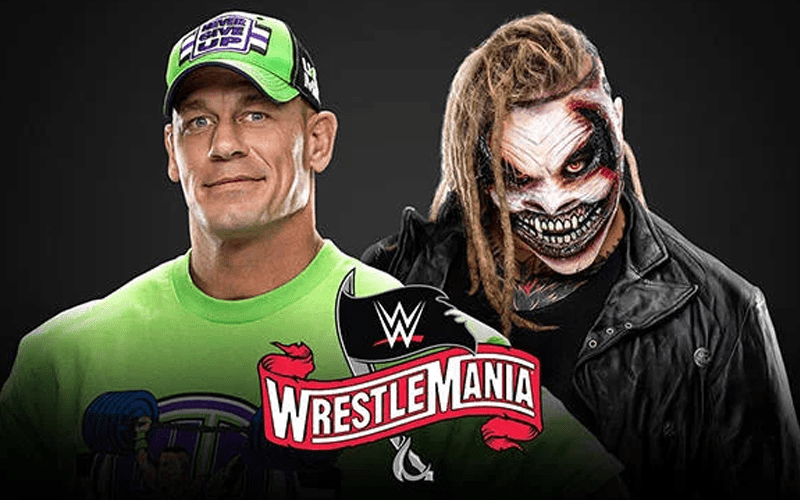 WWE WrestleMania won’t be a typical event. They are doing a lot of inventive things with their pre-taped show. This was not the original plan, but they’re making the best of it. Now John Cena vs Bray Wyatt is officially much more interesting.

During SmackDown this week, Bray Wyatt challenged John Cena to a Firefly Fun House match. This was so that Wyatt could let Cena “step into my world.”

We previously reported first through Brad Shepard that WWE was going in a unique direction for Wyatt vs Cena at WrestleMania. They were getting a “Hollywood treatment.”

They filmed the segment at a warehouse and used plenty of special effects. There is also a chance that fans could see both versions of Bray Wyatt in this match.