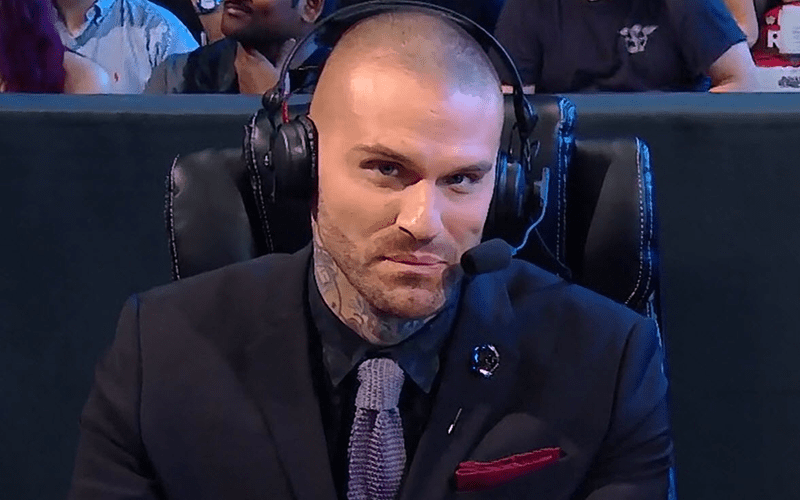 Corey Graves hasn’t been on WWE commentary for the past few weeks. He is still able to participate in WWE programming even while he’s not able to make the Performance Center shows.

Ringside News exclusively reported that Corey Graves and Carmella decided not to risk the trip to Orlando. The two decided to stay at home in isolation instead.

Corey Graves said during After The Bell that he was able to record some footage for ESPN’s replays of past WrestleMania events.

“We’ve got to do something cool with ESPN as they aired older WrestleManias. I was able to shoot some of the on-cameras to edit into those [WrestleMania] shows to keep everyone abreast of what’s going on with WrestleMania this year.”

Despite ESPN airing WrestleMania events on their network, talks between WWE about streaming events on ESPN+ are reportedly dead.