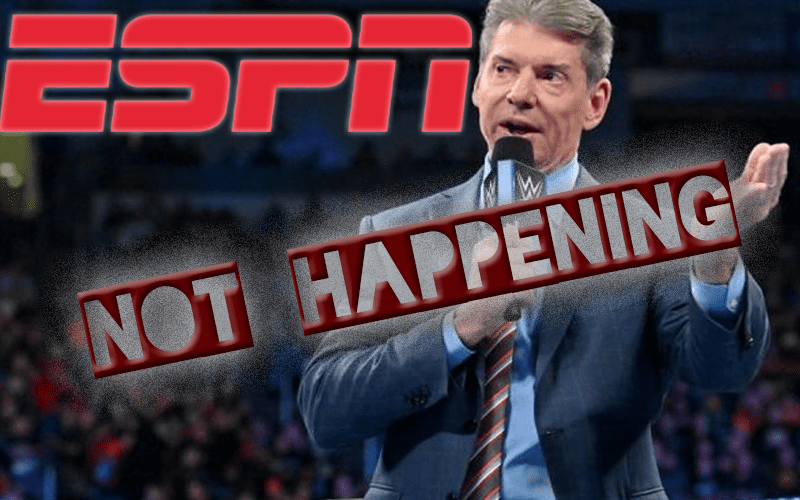 WWE was talking to some major players to sell the streaming rights for their big pay-per-view events. ESPN+ was on top of that list, but now the deal is reportedly dead.

Loop Capital downgraded WWE stock yesterday. During Wrestling Observer Radio, Dave Meltzer explained why this downgrade was so important as they said that WWE’s talks with ESPN are now “dead.”

“They believe that the deal which propped the stock back up, at least a little bit the deal that they’re gonna sell their pay-per-view rights — the big sale before the end of the quarter. Their belief is that the deal is dead.”

Meltzer previously noted that he was told that Vince McMahon and ESPN were far apart on money. This new report seems to be a big more certain that it is not going to happen.

Vince McMahon entered into an agreement to put more money in the company’s pockets now. He will sell a ton of shares by 2024 as part of that arrangement. In the meantime, Vince McMahon will retain his voting rights with the company.

WWE and ESPN were able to work out a deal to air WrestleMania events on ESPN. They actually earned a substantial rating playing a 6 year old Mania. That deal had nothing to do with streaming the show of shows on ESPN+.