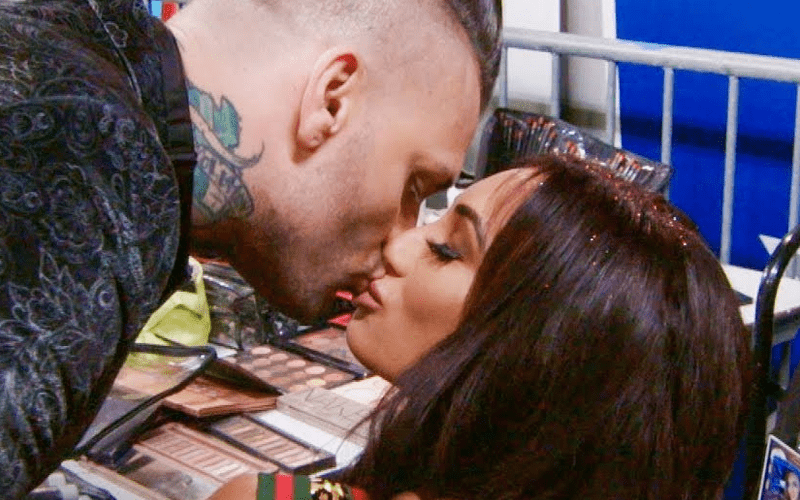 WWE carried on with their programming from the Performance Center through the pandemic. They aired SmackDown for the last two weeks without Corey Graves.

Some fans also found it very interesting that Carmella has been missing from television. She is also not featured in the six-pack challenge at WrestleMania for the SmackDown Women’s Title.

Ringside News has been told that Corey Graves and Carmella declined to take the risk and make the trip to Orlando. We were told that they are two of the WWE personalities who refused to go to the Performance Center.

Paige also refused to fly out to Orlando for SmackDown. This is why her segment took place via Skype this week.

Graves and Mella are keeping each other company in isolation. He
came up with a very interesting response to her saying “I love you.”

WWE told the roster that they can decline not to attend events and not lose
their spots. AEW told their roster the same thing.