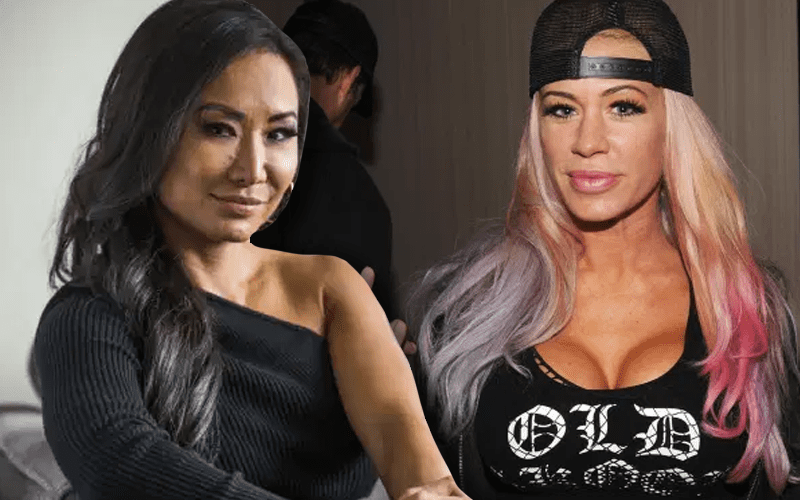 Ashley Massaro is sadly no longer with us. Her story is a tragic one and our hearts still go out to everyone involved. Gail Kim was close friends with Ashley Massaro. She was even willing to help her get back into wrestling at the time of her passing.

While speaking to Chasing Glory, Gail Kim revealed that she received a call from Ashley Massaro before she passed away. Massaro had interest in making a return to the ring and wanted to know about the chances of coming to Impact Wrestling.

Gail Kim told Massaro that she would help her get into Impact Wrestling. Everything seemed so positive at the time, but that was not the entire story.

“I had contact with her, probably a couple of weeks before that [her passing]. She wanted to get back into wrestling. She was like ‘Hey Gail, is there any way that I could work with Impact Wrestling?’ I was like, ‘Yeah, definitely when you get back in the ring, send me your stuff.’ She seemed so positive and upbeat and everything.”

“I know, one of my checks accidentally got mailed to her, so, I just had recent contact with her. It’s just shocking. After she passed and after all this stuff happened, she was supposed to mail me that check, and I just thought ‘Ok, nothing happened, whatever.’ I didn’t really care about it, to be honest. [After she passed] I got it, and it had a note written from her. When I got it, I was like ‘Oh my God.’ It was crazy.”

We’ll never know if Ashley Massaro would have been able to experience a career resurgence in Impact Wrestling. Gail Kim wasn’t the only person who got something in the mail from Massaro after she passed away. Ashley Massaro responded to every piece of fan mail she had before her death.