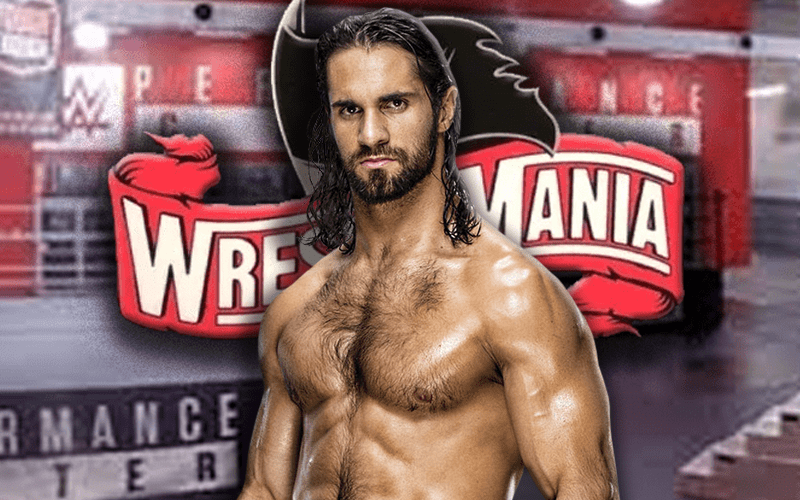 WrestleMania 36 will be pre-recorded this year which isn’t the original plan at all. If you ask Seth Rollins things seemed to work out for his match.

While appearing on WWE The Bump, Rollins spoke about how surreal it was to perform in front of no fans. He went on to explain how having zero fans at the WWE Performance Center “is maybe the best thing” for his match with KO.

“The relocation from the Raymond James Stadium to the Performance Center is maybe the best thing that could have happened to this match between myself, and Kevin Owens. There’s so much history that Kevin and I both had in NXT and in this building. I sort of detailed it a few nights ago on Raw. But, it really adds a different element to our match. Though we won’t have a live crowd there, we’ll have millions of people watching around the world, and that’s very exciting to know that we’re going to have this match here, where it all started.”

“I was there in attendance the first day he ever had his tryout match, where he said he earned his job…I watched Owens earn his job after I allowed him that opportunity because of the sacrifices I made. So, to be able to put a nail on this thing with Kevin Owens – where it all started – it’s going to be a special thing for me.”

WrestleMania 36 will air on April 4th and 5th on the WWE Network. If spoilers are released then we will provide them. WWE took some interesting steps to make sure that spoilers aren’t coming out at this point.

Seth Rollins and Kevin Owens will likely battle plenty of times in the future as their paths cross in WWE. WrestleMania 36 will certainly be an experience neither of them will soon forget.