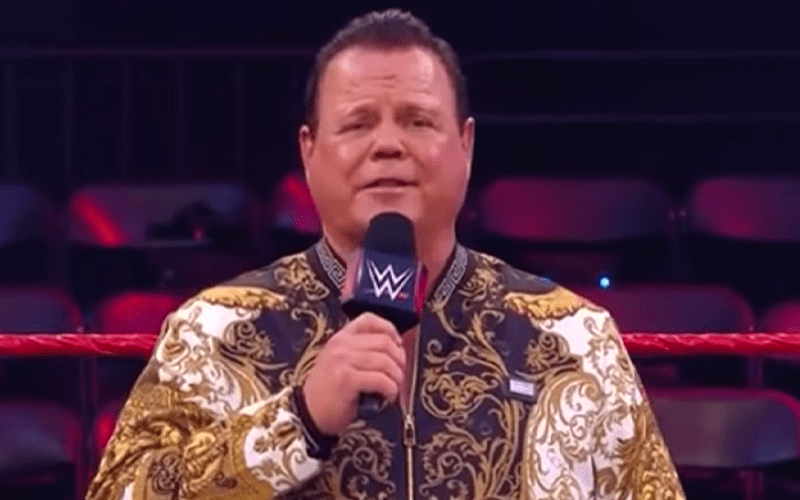 Jerry Lawler was not on WWE RAW this week. He had previously stated that he intended on going to work regardless of the current COVID-19 threats.

Tom Phillips and Byron Saxton called the action on the red brand this week. There might be a possibility that The King will be around for WrestleMania. He didn’t leave town after last week’s show, but for some reason he wasn’t used on RAW.

“No Jerry Lawler on RAW this week. He is still in Orlando, I did ask,” Mike Johnson revealed on PW Insider Elite audio.

We previously reported that Lawler didn’t want to go back to Memphis after arriving in Orlando this week. Apparently, he didn’t go home. He still wasn’t used for this week’s taping.

We will keep you updated on this story and everything else going on in the pro wrestling world right here at Ringside News.