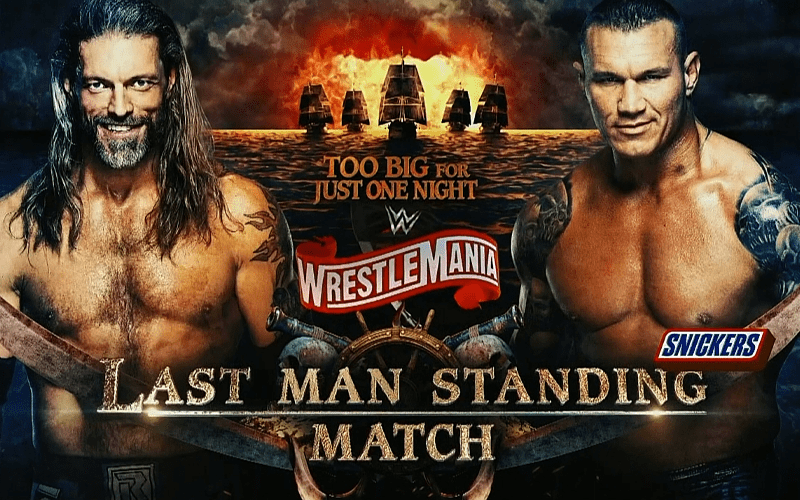 Edge made his big return to WWE as the 21st entrant in the 2020 Royal Rumble. The next night, Randy Orton destroyed him with a conchairto. WrestleMania will be Edge’s opportunity to seek revenge.

Edge was on Raw last week. He challenged Randy Orton to a last man standing match at WrestleMania 36. This week on Raw, Orton came out to answer that challenge.

Orton started out with an apology to Edge. He said that Edge isn’t a junkie for the roar of the crowd. He said Edge is a junkie for his own ego.

Then RKO admitted that he was “handed an opportunity” because of what his last name is. That still didn’t guarantee him a Hall Of Fame career.

Randy Orton stated that he earned everything he received in WWE after his name got his foot in the door. “I went from being a 3rd generation prospect to the 3 most feared letter in sports entertainment, was that handed to me?”

Orton said that “nobody has as much grit as me, including you, and they call me an entitled brat?” He said that everything he’s said and done in the last few months, he did it because he loves Edge, his family, and that’s why he sent Lyric and Ruby’s father back home to them.

Then RKO finally got around to answering Edge’s challenge: “Edge you may be writing the story, but at WrestleMania I’m gonna write the last chapter and end it. I accept.”

It will officially be Edge vs Randy Orton in a last man standing match at WrestleMania 36.