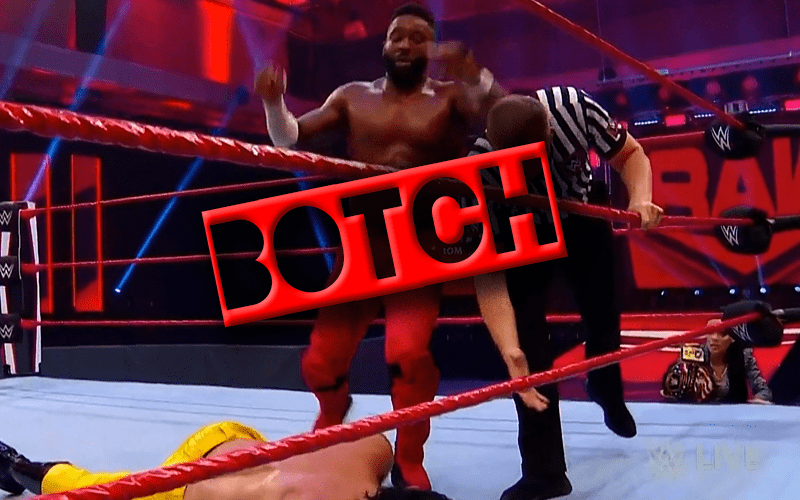 Update: This was actually a botch by the performers. The referee stalled and counted an extra time, but he knew that the match wasn’t supposed to end in this way.

Andrade and Angel Garza have a Raw Tag Team Title match at WrestleMania. They defeated Ricochet and Cedric Alexander on Raw this week. To make sure that the match was over, the referee counted to four.

When Andrade made the pin this week, the referee got down and he counted to three. Then he added a fourth count to make sure he wasn’t kicking out. It looks like the fourth count might have been accompanied by a little hesitation, but he landed his hand on the mat anyway.

You can check out the clip below. It was a small mistake, but it really makes a difference when it happens during the final pin of a match.