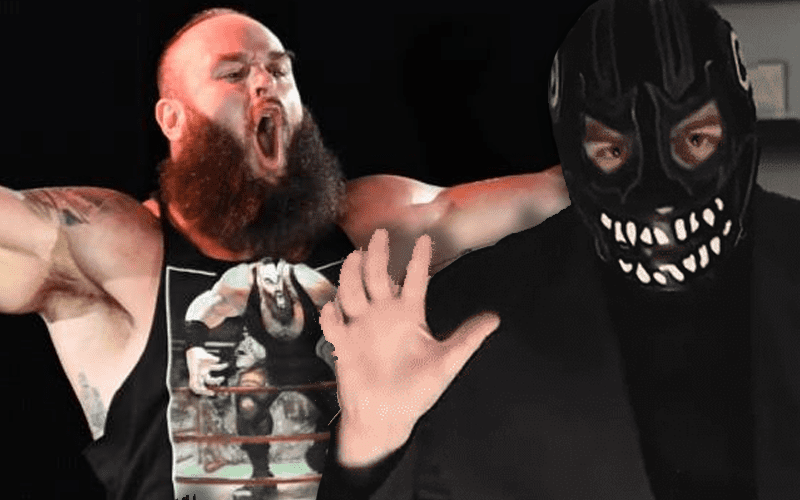 The pro wrestling world was turned upside down with the COVID-19 situation just like the entire planet. Shows needed to be cancelled and that was awful. It is still awful and it will continue to be awful. It is all just awful and Braun Strowman didn’t make things better.

The Monster Among Men recently fired off a couple of replies to a post where Evil Uno beckoned fans to support people like wrestlers and musicians during this time. They won’t get money that they planned on. Merchandise tables will remain vacant because events were cancelled.

Strowman received a fair amount of backlash for these remarks. Then he claimed that WWE isn’t even paying him during this downtime.

Evil Uno chooses his words carefully unless he’s talking about 2:00 AM DMs. He tweeted out four simple words that seem to counter Braun Strowman’s message.

Before he was an AEW star, Evil Uno worked the indies. He knows what it’s like to struggle. Evil Uno cares. Evil Uno would never lie to you. Join Dark Order now.

Braun Strowman was plucked out of the strongman world after being spotted by Mark Henry. He started his pro wrestling career at the WWE Performance Center.

Both Strowman and Evil Uno have opinions on this situation, and they differ. Sound off in the comments below to share your opinion.