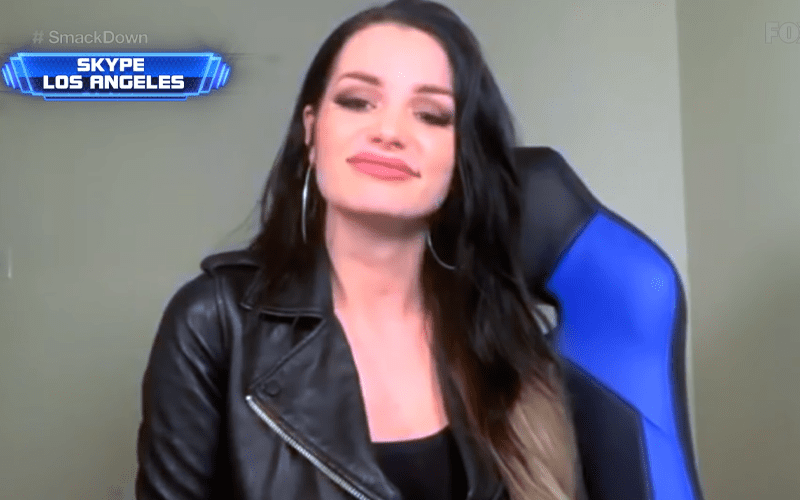 Paige was supposed to be on SmackDown last week. The show was moved from Detroit to the WWE Performance Center and then Paige didn’t show up. It was explained during the show as a travel issue.

This week Paige was on SmackDown, but she appeared via satellite. She was still able to announce Bayley’s big WrestleMania title match.

Dave Meltzer noted during Wrestling Observer Radio that there are a few WWE Superstars who aren’t willing to come to Orlando. Paige is one of the people who decided she didn’t want to make the trip during this current global circumstance.

Paige is currently in self isolation at home. She lives in California and that is a very uncertain place right now.

Hopefully, the COVID-19 situation will be maintained very soon. It will take a lot of sacrifice, self isolation, and not hoarding essential supplies. Paige thinks people who do that are assholes.