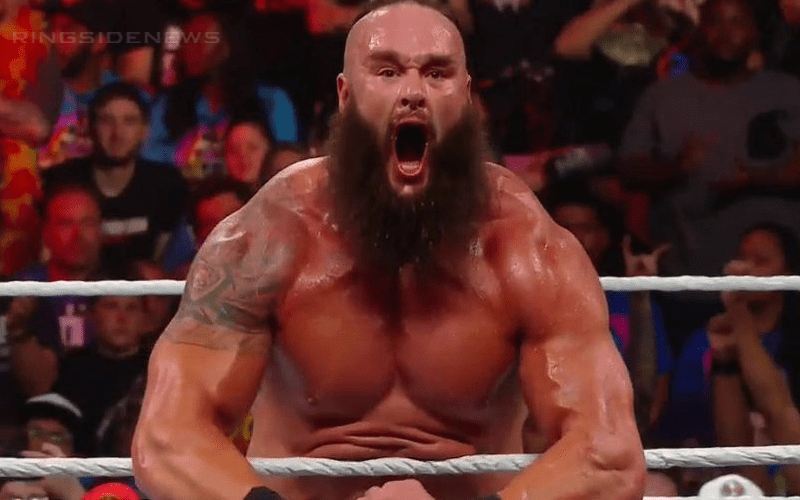 Braun Strowman is no stranger to the pain it takes to make the gains needed to succeed.

While speaking to Not Sam Wrestling, Braun Strowman discussed a period in his career right before he arrived in WWE. This was even before NXT was a thing, but Strowman held off a little bit too long.

Instead of signing with WWE and joining right away, he wanted to compete in one more competition. This last shot with strongmen competitions resulted in an injury.

“I kind of waited because I was prepping for the Arnold competition in 2013 so I kind of waited. It was my last Strongman contest and unfortunately it didn’t go as I wanted. I tore my bicep trying to break the world record on an Atlas Stone. I got that fixed up and that was in March of 2013, July 4th in 2013 I moved to Orlando, Florida. July 8th, 2013, I started at The Performance Center and here we are today.”

Obviously, Braun Strowman was able to heal up when he finally arrived in WWE. He didn’t spend a lot of time at the WWE Performance Center, but once he showed up on the main roster he’s been very hard to ignore since then.