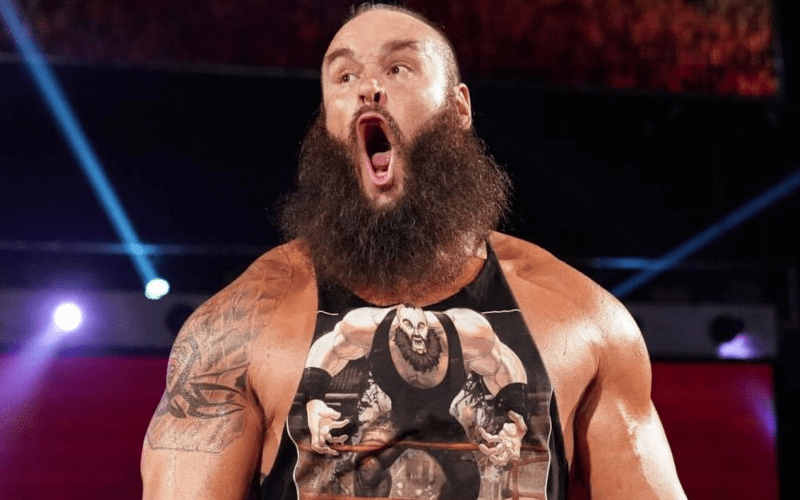 Braun Strowman didn’t win many fan in the indie wrestling world with his recent comments. Now one indie wrestler has a unique response to the Monster Among Men.

The former WWE IC Champion fired off a response to the idea of pitching in to help indie wrestlers who are out of work.

The coronavirus has cancelled practically every indie wrestling event for the foreseeable future. Braun Strowman didn’t wrestle on the indies. He was signed from the strongman world to start at the WWE Performance Center. Strowman still suggested that any indie wrestler currently having financial trouble should find a new profession.

Gentleman Jervis saw these words of “advice” from Braun Strowman. He eventually concocted a clever response that was also saturated with sarcasm.

Ps. I was being sarcastic.

We’re not as afraid of hard work as you think. We just can’t find any work right now, which is an entirely different beast.

If you’d like me to explain the perils of an independent performer in the shadow of a corporate monopoly I’d be delighted.

Braun Strowman must have really upset Gentleman Jervis. The World’s Sweetest Man generally avoids controversy. This was certainly an inventive way to make his point.

Jervis elaborated on his point with another tweet later on.

The thing about Braun’s comments that gets me most is that I would love to practuce harder at wrestling.But most independent wrestlers have full time day jobs to help pay for their dream

Indie wrestlers are going through a tough time right now. There are a lot of indie shows where they won’t be setting up merchandise tables. If you can, please support them during this time and buy a t-shirt or two.

It’s not about handouts if we want these performers to be able to continue once this awful situation is over with.