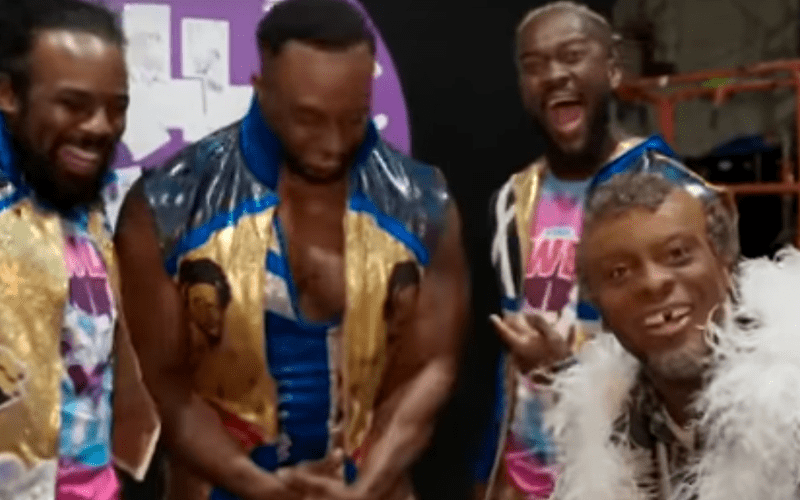 The New Day have been given plenty of opportunities to have fun outside of WWE. They recently paid All That a visit and got to experience some major nostalgia.

Big E, Xavier Woods, and Kofi Kingston appeared as guests on the revived version of All That. It’s not the same cast, but it has much of the same feel (to a certain extent). The New Day certainly livened things up with the Power Of Positivity.

The New Day appeared in a sketch with Kel Mitchell, one of the OG All That cast members who is still around. The New Day played themselves. Kofi said it’s not as easy to play yourself as it looks.

They then demonstrated some wrestling moves with Kel in the sketch. Big E said that the script was funny, but being in a scene with Kel was something else completely. They noted that it is very hard not to “lose it” when acting alongside the Good Burger star.

The New Day are no strangers to appearing on Nick as they were previously on Double Dare. This is yet another great collaboration between WWE and Nickelodeon. You can check out the video below.