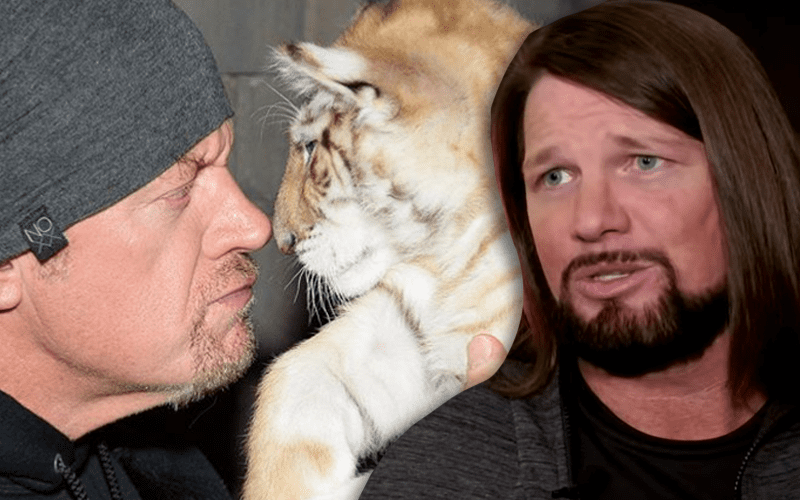 The Undertaker is all about tigers now. He said if we can save the tiger we can save the world. The video he cut with his wife Michelle McCool is still getting plenty of attention.

Will Ospreay saw this new Taker video and he replied saying: “What the??” He obviously didn’t expect to see an Undertaker PSA about tigers when logging onto Twitter.

AJ Styles has a match against The Undertaker at WrestleMania. He saw the Taker Tiger PSA as well. He only replied with a smirking emoji.

WWE is holding WrestleMania 36 on two nights. They are filming at multiple undisclosed locations and thinking outside the box. Maybe Styles vs Taker can take place in a tiger cage?