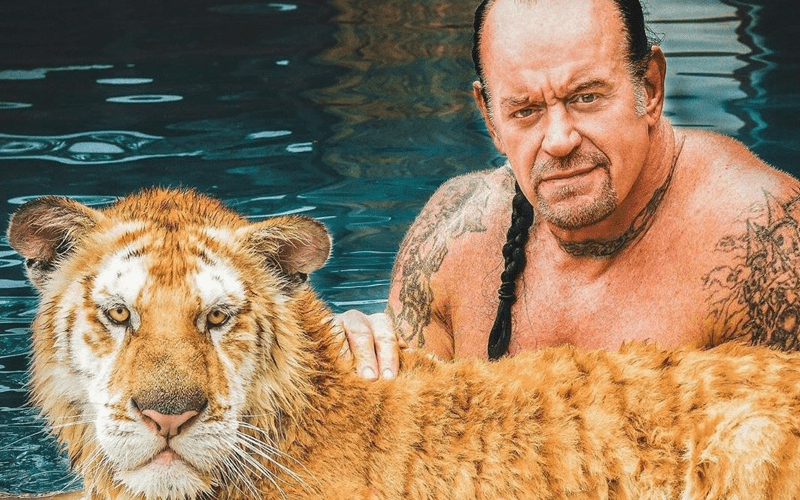 The Undertaker is opening up a bit more and showing who Mark Calaway really is. Mark Calaway is a man who loves tigers.

The Dead Man is preparing for a war with AJ Styles inside an empty WWE Performance Center for WrestleMania. He recently spent some time with tigers at the Myrtle Beach Safari. While is was there, The Undertaker cut a little public service announcement.

This was a 45 second PSA that we never thought we’d see. The Undertaker closed out this video by saying if we don’t save the tigers then no one will rest in peace.