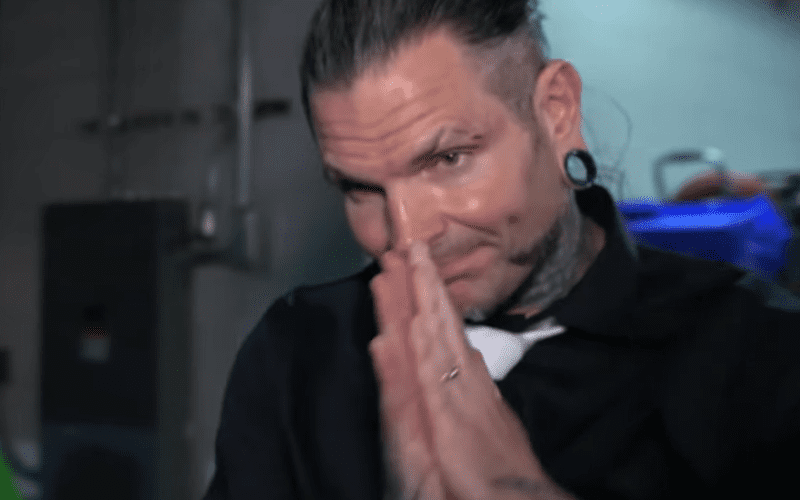 Jeff Hardy has been through a few phases in WWE. Now his entrance will resemble the Charismatic Enigma that a lot of fans prefer.

Hardy appeared on The Bump and he confirmed that his “No More Words” theme song is coming back. This Endeverafter track hasn’t been heard in a while so fans should enjoy hearing it.

WWE is still only holding fan-free events so it’ll be a while until we hear a pop when No More Words breaks out. Once fans are allowed back into events they might need to get individually screened as well.

As Jeff Hardy returns to WWE, Matt Hardy is starting his new adventure in AEW. It will be interesting to see where the pro wrestling world takes both Hardy Boys apart from each other once again.