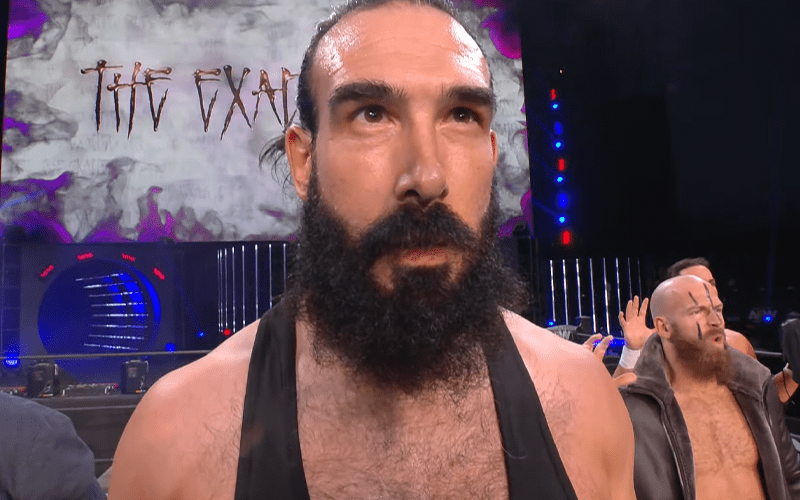 Brodie Lee debuted on AEW Dynamite this week as the Exalted One. The former Luke Harper got right to work dismantling SCU. A lot of fans expected Matt Hardy to be the Exalted One, but that didn’t happen.

PW Insider reports that AEW planned for Brodie Lee to be the Exalted One since they knew he would be available. WWE released him and then apparently, the wheels were in motion.

Matt Hardy debuted as well, but he’s not the Exalted One. This came after many teases from Matt Hardy that he might be leading the Dark Order.

A lot of fans expected for both to end up in AEW as it was previously reported. At least AEW pulled off a surprise with how they were brought into the company.

AEW Dynamite isn’t 100% a sure thing next week, but they plan to be at Daily’s Place once again. This is an uncertain time, but pro wrestling will not be stopping.