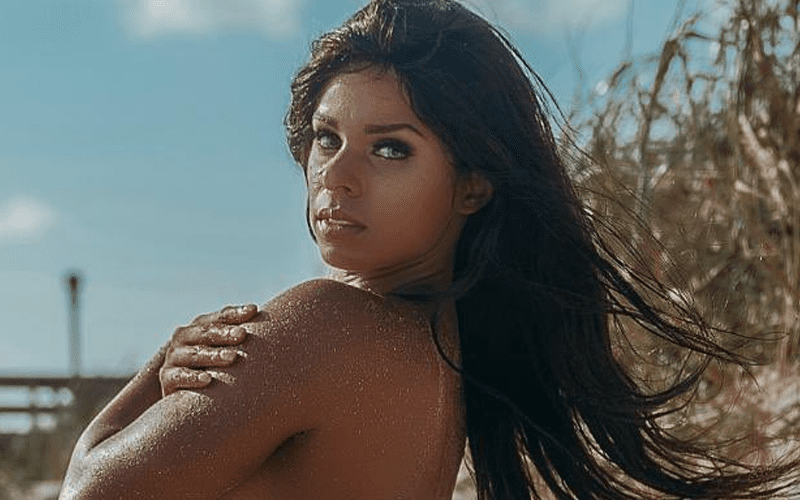 Renee Michelle got a lot of attention in WWE during her time in the 24/7 Title storyline. She tagged along with her husband Drake Maverick as they chased R-Truth. Michelle also ran with the title as Maverick was champion. Renee Michelle might not appear on WWE television anymore, but she’s still very active on social media.

Michelle recently revealed a new photo from a beach shoot that she took part in. She also included a caption about enjoying who you are in the present. Those are words that a lot of people should live by.

What brought the most attention was that Renee Michelle’s wardrobe of choice was her birthday suit.

The real glow up is when you stop waiting to turn into some perfect version of yourself & consciously enjoy being who you are in the present.

Renee Michelle isn’t the only female associated with WWE who recently uploaded some sultry photos to social media.

Zelina Vega popped a huge number on Instagram with a lingerie photo. Taynara Conti also captured a lot of attention with a BBQing bikini photo.