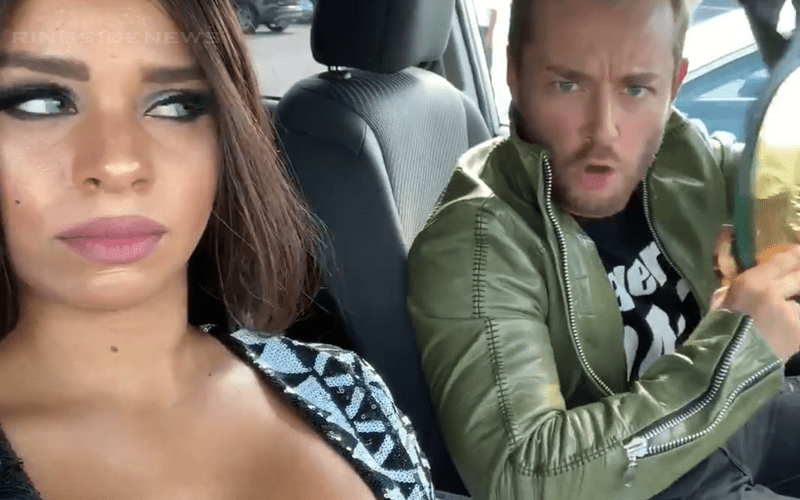 Drake Maverick is the WWE 24/7 Champion and he is keeping that title as far away from R-Truth as possible. That included Extreme Rules.

When Maverick and his wife Renee Michelle pulled up at the Wells Fargo Arena, they discovered that the parking lot was plastered with wanted posters looking for them.

Both Renee and Drake were featured on the poster so there was no hiding any more. So Drake Maverick got back in the car and made his wife drive them away from the building. It looks like we know why R-Truth didn’t find Drake Maverick at Extreme Rules. Because Maverick never entered the building after seeing those wanted posters.

The best part is when Maverick noticed the name on the poster and exclaims: “I’m not Hornswoggle!”

This is yet another great viral video from these two. As of this writing, the video has racked up around 130,000 views on Twitter alone. It’s nice that Drake Maverick is able to take his wife on the road, but their adventures might be just beginning at this point.