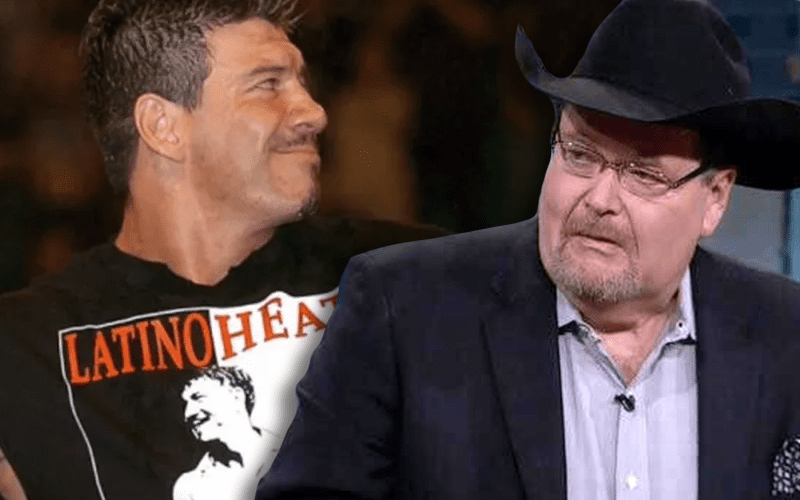 Eddie Guerrero was one of the best pro wrestlers on the planet during his life. His fellow WWE Superstars realized this fact.

During Grilling JR, Jim Ross spoke about Eddie Guerrero. It was widely believed in the WWE locker room during that time that Eddie and Chris Benoit were the two best members on the roster.

Vince McMahon had enough top guys come up and request a match against Eddie Guerrero. People loved Eddie and even Brock Lesnar made it believable when he dropped the WWE Title to Latino Heat.

“They were fresh, Eddie was hungry. He didn’t want to be called a cruiserweight or a midget or whatever. I think it’s consistency and the fact that everybody wanted to work with him. When you have top guys going to the old man just to get face time, and they tell him ‘Vince if I get a chance, I’d like to work with Eddie.’ Enough guys did that and then Vince said there’s something here. He beat Brock Lesnar in the Cow Palace at 190 pounds and Lesnar at 290 and made it believable.”

“It was emotional as hell. I cried, a lot of guys cried. For him, it was a realization of a life long dream to be the top guy in the biggest company.”

Eddie Guerrero is gone, but he will never be forgotten. Plenty of Superstars were influenced by his time in the ring and that inspiration isn’t going to stop.

It just goes to show that sometimes what your co-workers think about you can really help sometimes. If it weren’t for so many people coming up to Vince McMahon and requesting a match against Eddie Guerrero then he might not have received that main event push.