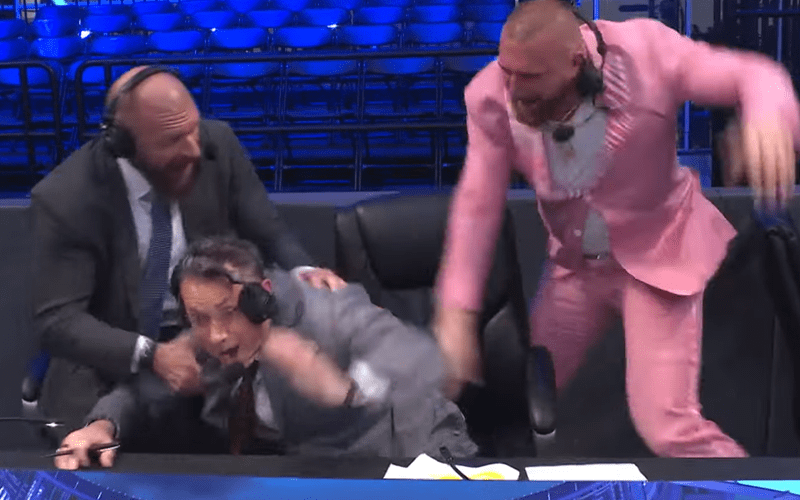 Mojo Rawley showed up on Friday Night SmackDown. He was hyped to announce that Rob Gronkowski will be coming to WWE next week. Michael Cole took a beating in the process.

It appears that Rawley will be jumping to SmackDown to join Gronk. Mojo Rawley tweeted out a few bullet points that he wanted to get out there.

He wanted to make sure Gronk’s WWE debut got priority. Then Rawley thanked the WWE crew for making SmackDown happen. This was followed by apologizing to Michael Cole for roughing him up with Triple H’s assistance.

1. @WWE #Smackdown was fantastic last night even with no live fans.
2. @RobGronkowski will be on #SDLive next week.
3. Thank you to everyone behind the scenes for making yesterday work.
4. Apologies for beating the heck out of @MichaelCole with @TripleH.

Rob Gronkowski isn’t currently booked for a WrestleMania match. He will have something else to do at the show of shows. At this rate, we’re not certain when WWE’s biggest event of the year is even going to happen.