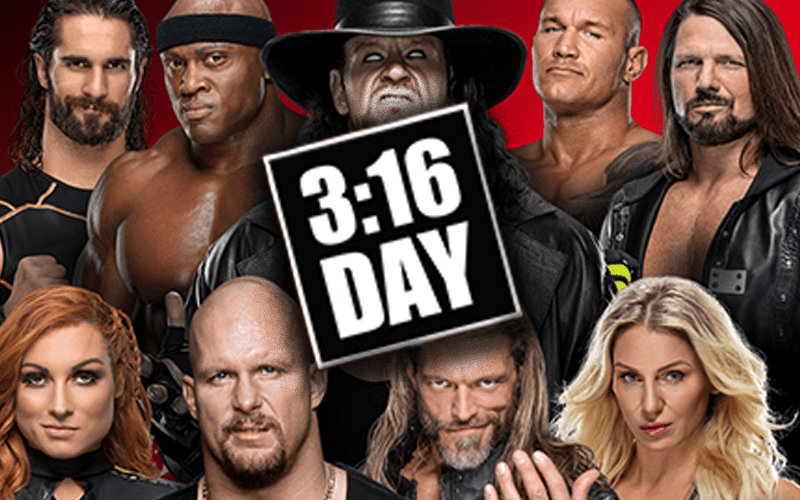 The coronavirus has caused plenty of events, festivals, and conventions to be cancelled all around the world. Events for the Summer are being called off already and WWE is not immune. Click here for a list of cancelled pro wrestling shows so far.

We’re still waiting to see if Tampa cancels WrestleMania 36 or postpones the show of shows. Vince McMahon even showed up yesterday to try and convince them to keep his company’s biggest event of the year on schedule.

The PPG Paints Arena in Pittsburgh was still promoting a huge show for 3:16 Day. The last advertisement they released about the event was on the 10th.

The Wrestling Observer Newsletter noted that at this time WWE has not cancelled RAW. It should also be noted that WWE hasn’t cancelled an event yet, but the local governments have shut them down.

We’ll have to see what happens. As of this writing, WWE RAW is still scheduled to take place in Pittsburgh on March 16th. If the last two days has taught us anything it’s that everything can change in a moment’s notice.