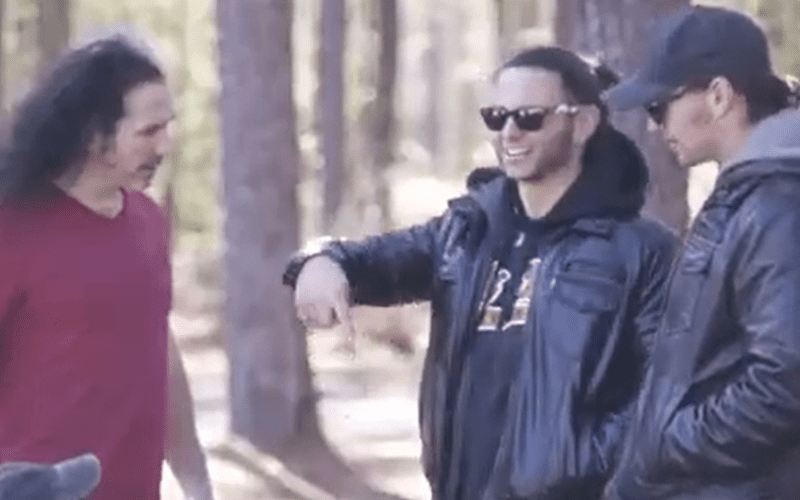 Matt Hardy has been creating a lot of buzz and making many headlines. He left WWE after his contract expired. Now it seems that he is on the verge of a new chapter in his career.

The story continued during this week’s episode of Free The Delete. Matt Hardy needed to have the Young Bucks disconnect Zenith from him with a Superkick Party. Then he needed to be buried and resurrected.

As Matt Hardy said he is fine, an abomination started to well up within him. He ordered Senor Benjamin to prepare a coffin. The Young Bucks seemed very uneasy about the who thing, but they played along.

Matt asked the Young Bucks to save him. So, they Superkicked him. Matt Hardy started spouting things off in a deranged voice like: “Take me to a local medical facility” and “You couldn’t bury anyone EVPs — Executive Vice P*ssies!” Then the Young Bucks hit him with two more Superkicks.

They got Matt into the coffin, but he blocked it from closing. “Thank you,” Matt whispered before allowing them to close to casket and cover it with dirt.

We’ll have to see how this plays out, but it sounds like a new version of Matt Hardy is on the way.