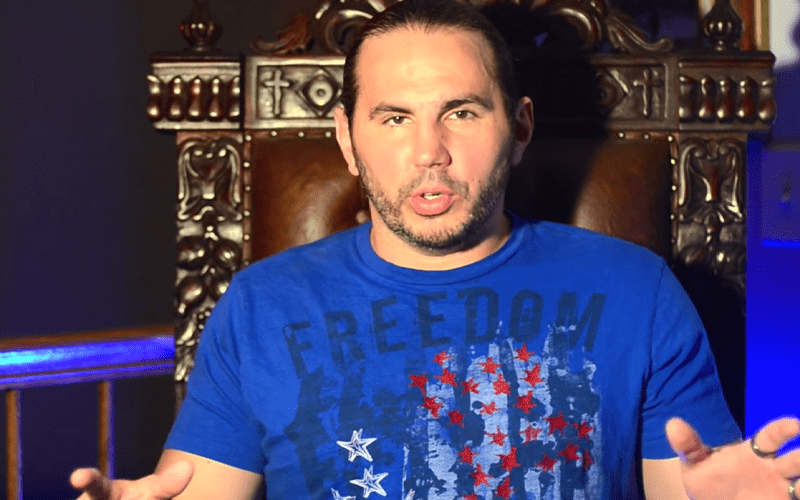 Matt Hardy has a lot planned for his future. Fans might try to guess what he’ll do next, but odds are he has plenty of surprises in store.

While speaking to PW Insider Elite audio, Matt Hardy revealed that fans are about to see an evolution of the Broken Matt character. He also has a plan for a “killer idea” that could turn out to be the most layered character in pro wrestling history.

“I feel like, too, you know if I end up going back to Broken Matt, or if it ends up being an abomination, whatever I end up doing it will kinda have bits and pieces of the original Broken Matt, but it’s definitely going to be different, it will evolve.”

“Then I want to get into something that I feel like it could be one of the most layered professional wrestling characters of all time. It’s a killer idea. A different take on Matt, but it would start with Broken Matt.”

Matt Hardy has reinvented himself several times in his career. It appears that fans are due to see another transition for his Broken Brilliance. Let’s just see what he has in mind.